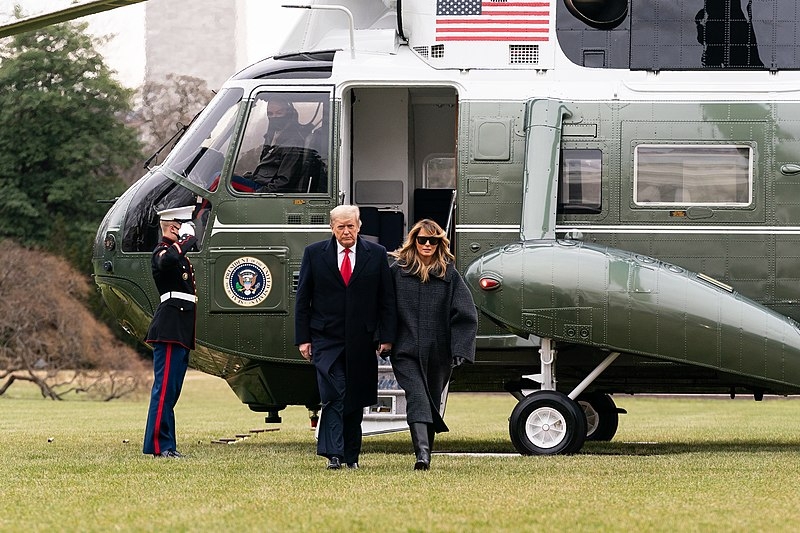 Former President Donald Trump was impeached by the House for a second time over inciting an insurrection last January 6. With hundreds of rioters being arrested, one judge has refused to release one of the rioters due to the former president’s repeated lies about election fraud.

Federal Judge Emmet Sullivan refused to release a man who took part in the Capitol riots last January 6. The pro-Trump mob stormed the Capitol in an attempt to derail the certification of Joe Biden’s election victory and led to five people dead with over 100 injured. Sullivan cited Trump’s repeated election fraud claims as the reason for the prolonged detainment of alleged rioter Jack Wade Whitton.

Whitton was arrested and detained on eight charges of felonies and misdemeanors that are related to the January 6 insurrection. Whitton is accused of assaulting Capitol Police officers who were guarding the Capitol during the riots. Sullivan explained his refusal to release Whitton in a 39-page statement, even citing statements made by Trump to back up his points.

“The Court concludes that clear and convincing evidence supports finding that no condition or combination of conditions will reasonably assure the safety of the community,” said Sullivan. “Accordingly, the Court orders that Mr. Whitton be detained pending trial,”

“Former President Donald J. Trump continues to make forceful public comments about the ‘stolen election,’ chastising individuals who did not reject the supposedly illegitimate results that put the current administration in place,” added the judge. Sullivan also noted in an April 4 statement of Trump that the presidential election last November was “rigged.”

Trump has also drawn the ire of some world leaders over his policies, among them being South Korean President Moon Jae-In. Moon urged Biden to restart talks with North Korean leader Kim Jong-Un regarding its nuclear arsenal while building on the talks Trump had with Kim in 2019. In an interview with the New York Times, Moon noted that Trump failed to make progress in his talks with Kim over nuclear arms.

“He beat around the bush and failed to pull it through,” said the South Korean leader regarding the former US president.