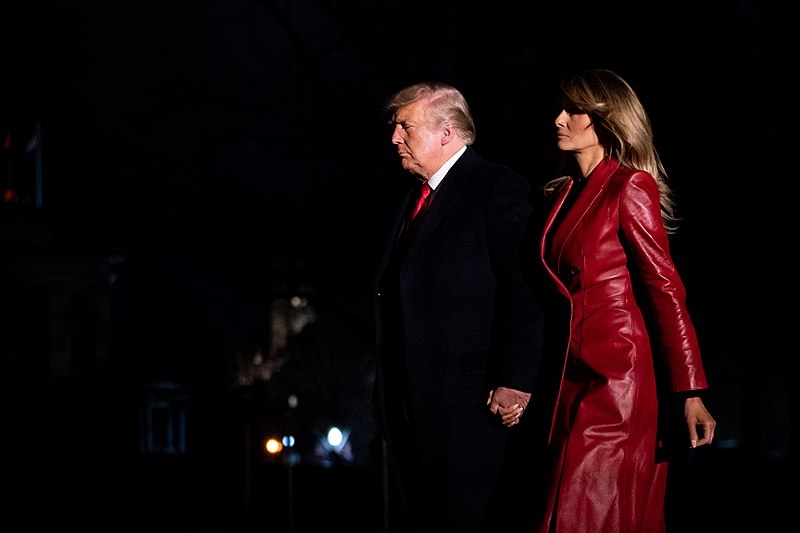 Former President Donald Trump was impeached for the second time following his involvement in the January 6 Capitol riots. While there are still more details that have yet to surface regarding the insurrection, Trump’s former Pentagon chief Christopher Miller says the former president did indeed incite the insurrection.

Speaking to VICE News, Miller pinned responsibility on Trump for inciting the events of January 6, where a pro-Trump mob stormed the Capitol in an attempt to derail the formal certification of votes by Congress. Further reports have since revealed that the mob was targeting Congressional Democrats including then-vice president Mike Pence. Five people died in the riots and several Capitol Police officers were left injured. While Miller said that he thinks Trump incited the riots with his remarks hours prior to the insurrection, he stopped short of saying if Trump incited the crowd on purpose.

“The question is: Would anybody have marched on the Capitol and overrun the Capitol without the president’s speech? I think it’s pretty much definitive that wouldn’t have happened -- so yes,” said Miller. “The question is: Did he know that he was enraging the crowd to do that? I don’t know.”

When pressed further on whether he thinks the former president is ultimately to blame for the Capitol riots, Miller said he did not know, yet added that it was “cause and effect.” Miller also explained why he found Trump’s speech in the DC rally to be concerning and addressed the criticism that the military did not respond right away to the breach at the Capitol.

Meanwhile, Trump’s failure to properly address and respond to the COVID-19 pandemic in 2020 played a part in his election loss to Joe Biden. However, as the Biden administration ramps up vaccine distribution nationwide, Trump claims that it was because of his administration that the vaccine has already arrived at this time. Last week, CNN host Anderson Cooper said that Trump should be given some credit, but only on the condition that he also acknowledges and takes responsibility for the failures of his administration regarding the pandemic.

Cooper pointed out that had Trump handled the pandemic properly, he would have won reelection. “Instead he made recognizing the very existence of a killer virus a test of political loyalty.”