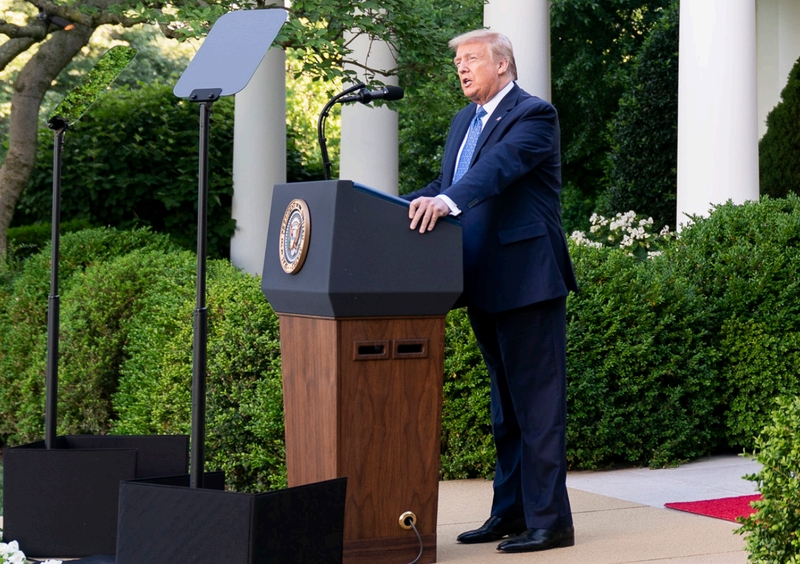 Federal law enforcement is in the midst of investigating the January 6 insurrection at the Capitol, where a pro-Trump mob attempted to stop the formal certification of electoral votes. The outgoing acting US District of Columbia attorney says former President Donald Trump would still be investigated for his involvement in the riots.

Speaking on “60 Minutes” over the weekend, Michael Sherwin said that the former president could still be held responsible for the violence that occurred last January 6. Five people were killed during the insurrection, including Capitol Police officer Brian Sicknick, who was given a memorial service at the Capitol.

Sherwin added that as of now, there are over 400 cases against the rioters and if it is confirmed that Sicknick was killed with bear spray, then there would be murder charges.

“It’s unequivocal that Trump was the magnet that brought the people to DC on 6 January,” said Sherwin. “Now the question is, is he criminally culpable for everything that happened during the siege, during the breach? … Based upon what we see in the public record and what we see in public statements in court, we have plenty of people -- we have soccer moms from Ohio that were arrested saying ‘Well I did this because my president said I had to take back our house.’ That moves the needle towards that direction. Maybe the president is culpable for those actions.”

Hours before the insurrection, Trump held a rally with his allies, telling his supporters to “fight like hell” to stop Congress from certifying the election victory of Joe Biden. The rioters during the siege were targeting House and Senate leadership, including then-vice president Mike Pence. Trump was impeached by the House for a second time but was acquitted again by the Senate as only seven GOP Senators voted to convict, failing to reach the threshold of votes needed.

Aside from the insurrection, Trump was widely criticized for his administration’s response to the COVID-19 pandemic, which now has more than 500,000 Americans dead. The former president boasted on Monday that he purposely did not listen to the advice of infectious diseases expert Dr. Anthony Fauci. Trump faced backlash shortly afterward, with some users mentioning the death toll as well as the involvement of his son-in-law Jared Kushner, who had a hand in politicizing the pandemic.