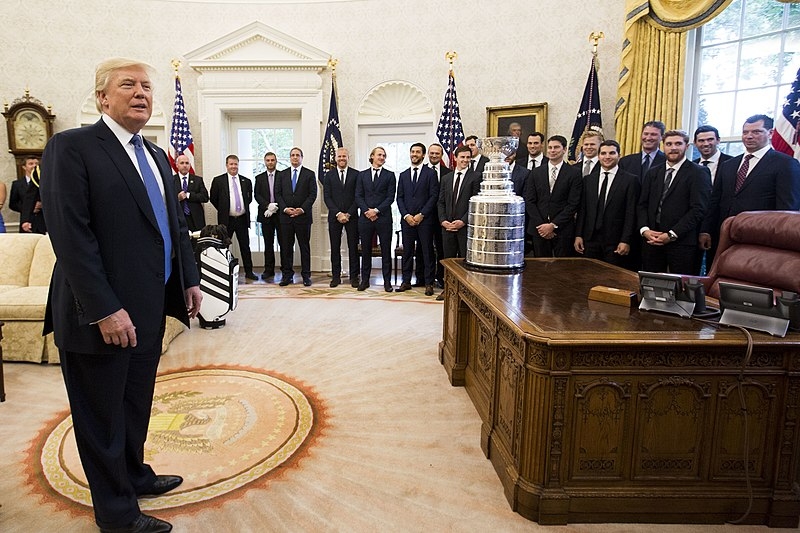 In a bid to stay in power, now-former President Donald Trump requested Georgia’s Secretary of State Brad Raffensperger to “find” enough votes to overturn the state’s election results in his favor. Recently, Trump endorsed the House Republican that will be challenging Raffensperger’s position.

With both political parties keeping a focus on the 2022 races that will once again determine which party holds the majority, Trump is looking to unseat Republicans who spoke out against him that are running for reelection. This includes Raffensperger, who drew the former president’s ire upon refusing to overturn Georgia’s election results. The state went to Joe Biden, who would become the president and was sworn into office in January. Trump immediately endorsed House Republican Jody Hice’s bid to challenge Raffensperger’s position as Georgia Secretary of state.

The former president released a statement announcing his endorsement of Hice, repeating his claims of voter fraud and election misconduct. Hice was among the House Republicans who opposed the electoral results. “Unlike the current Georgia Secretary of State, Jody leads out front with integrity,” said Trump.

While Trump holds considerable sway over the Republican party, there are Republicans who have raised concerns that the former president’s intervention in primary elections could result in extreme nominees that would not fare well in general elections. This was proven when Trump was successful in Republican primaries but lost in general elections, most recently Georgia GOP Senators Kelly Loeffler and David Purdue, who both lost the runoffs to Democrats Jon Ossoff and Raphael Warnock last January.

Aside from looking to unseat Republicans that spoke out against him, Trump is also planning to make a return to social media but this time through his own platform. The former president’s aide Jason Miller revealed the former president’s plans to make his own platform in his comments to Fox News over the weekend. Miller said Trump will return to social media in the next two or three months.