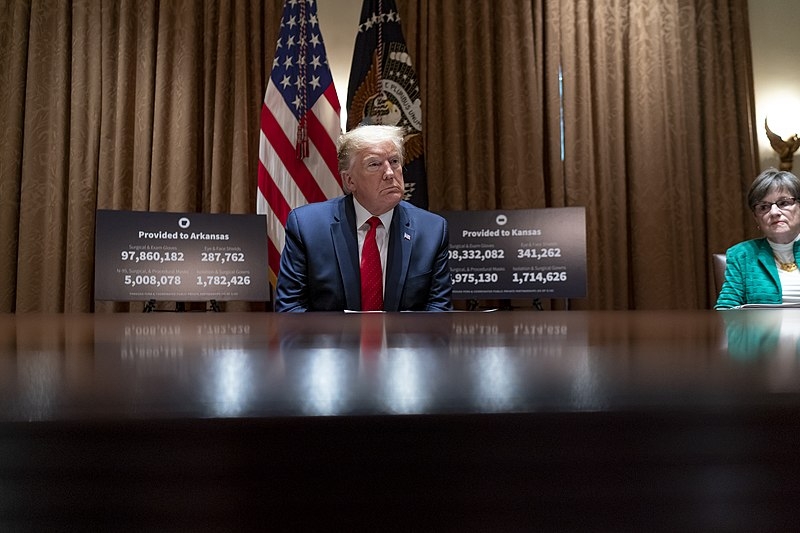 President Donald Trump has been known to threaten global organizations if their actions no longer serve the interests of the United States. Recently, Trump pulled the United States out of another global deal.

CNBC reports that Trump and his administration pulled the United States out of another global commitment called the Open Skies treaty, which allows 35 countries to conduct unarmed surveillance flights over each other in an effort to monitor possible military action. Among those 35 countries is Russia, whom Washington says has violated the terms stipulated in the treaty many times. The administration reasons that the Russian government has used these surveillance flights as a way to identify infrastructures in the US that could be a possible target.

Robert O’Brien of the National Security Council issued a statement via email explaining the decision. O’Brien stated that the US will not remain part of international pacts in which other countries continuously violate and that does not serve the interests of the US. Secretary of State Mike Pompeo also revealed that the US may reconsider its withdrawal should Russia begin to comply with the terms.

This is the latest international agreement that Trump pulled the US out of. Trump pulled the US out of the Paris Climate Accords agreement which was laid in place in 2015. In 2018, Trump withdrew the US from the Joint Comprehensive Plan of Action, the nuclear deal made by the Obama administration. In 2019, the US withdrew from the Intermediate-range Nuclear Forces agreement that was made in 1987.

Previously, Trump threatened to freeze federal funding to the state of Michigan due to policies implemented by its state secretary about sending in absentee ballot applications for the upcoming primaries and the general election. Trump has staunchly opposed the idea of mail-in or absentee voting, reasoning that the high turnout of voters would ensure that no Republican would win despite GOP governors having implemented this method of voting as well.

Michigan governor Gretchen Whitmer responded to this threat, calling it “scary” as well as “ridiculous” especially as the state continues to battle the pandemic along with two dams bursting and forcing 10,000 residents to evacuate their homes. “To have this kind of distraction is ridiculous, to be honest. It’s - threatening to take money away from a state that is hurting as bad as we are right now is just scary,” said Whitmer.