Donald Trump lambasted: POTUS criticized by leading medical journal for factual error in letter addressed to the WHO 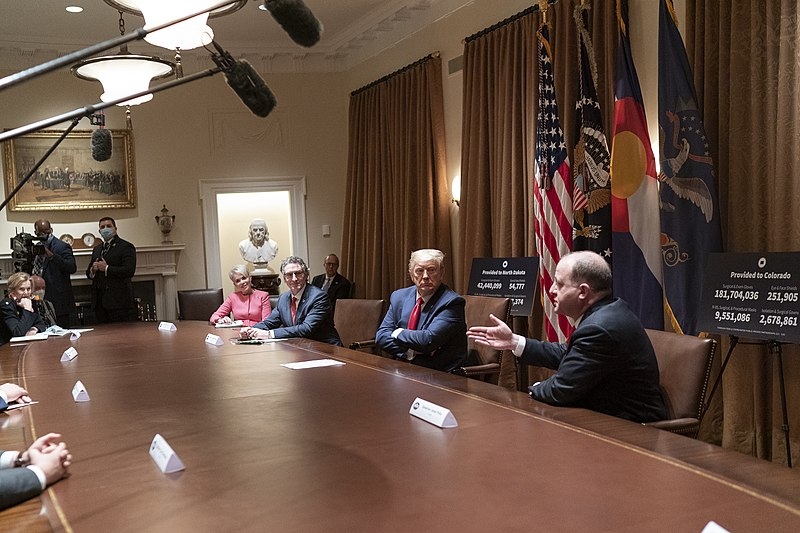 President Donald Trump previously blasted the World Health Organization in a letter posing an ultimatum that the United States would permanently cut its funding. However, a factual error in his letter has resulted in a leading medical journal to call him out.

Politico reports that the British medical journal Lancet called out Trump regarding an error in his letter addressed to the World Health Organization. Lancet debunked the US president’s claim that the WHO has repeatedly ignored the reports of the coronavirus spreading around the Chinese region of Wuhan in December 2019, including reports from Lancet.

The medical journal issued a statement explaining the inaccuracy and clarified that they did not publish a report about the coronavirus outbreak in Wuhan in December 2019 when it broke out or in any part of China. Their first reports about the pandemic were already on January 24th and were made up of two studies detailing the person-to-person transmission of the virus. They noted that the first study was conducted by experts who came from Chinese institutions that worked closely with them to provide information about this new strain of the virus. The second study was conducted with scientists and doctors from mainland China and Hong Kong.

Lancet has been critical of Trump’s decision to temporarily halt funding for WHO, especially as the world is still suffering from the pandemic. Trump has previously accused the WHO of supposedly being biased towards China, where the pandemic began. Nevertheless, the journal criticized Trump for his threats towards the organization again in its statement, saying that this would put a strain in the countries’ attempts for international cooperation in fighting the coronavirus.

Trump shared the news of his letter towards the WHO director-general Tedros Adhanom Ghebreyesus via Twitter. The four-page letter reiterated his criticisms towards the UN’s health body. In the letter, Trump stated that he may permanently freeze funding to the organization as well as reconsider the United States’ membership should there be no changes made as it has not served America’s interests.

The WHO has since issued a statement saying that they received the letter and are going over its contents.