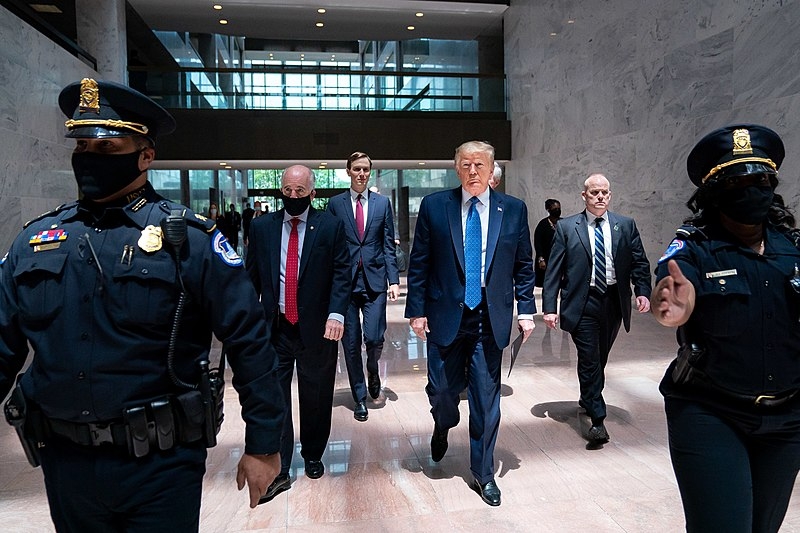 President Donald Trump is currently up for reelection in November, but the traditional electoral proceedings have been upended by the coronavirus. In another effort to chastise officials into taking mail-in voting measures, Trump threatened to freeze federal funding to the state of Michigan for these policies.

Trump called out the state on social media after he supposedly received word of the absentee ballot policies. The president threatened to freeze the federal funding that will be given to the state should they continue with their absentee or mail-in voting. Trump has often expressed his displeasure towards mail-in voting or absentee voting, claiming that it would be voter fraud, and that it would ensure that no Republican would win.

Michigan also happens to be a state that plays a big part in Trump’s chances for reelection. “Breaking: Michigan sends absentee ballots to 7.7 million people ahead of Primaries and the General Election. This was done illegally and without authorization by a rogue Secretary of State. I will ask to hold up funding to Michigan if they want to go down this Voter Fraud path!” tweeted Trump, who followed it with another tweet mentioning White House chief of staff Mark Meadows, acting White House budget director Russ Vought, and the Treasury.

Trump later deleted the tweet and sent a similar one, and instead of saying mail-in ballots or absentee ballots, he said absentee ballot applications. Michigan underwent a policy change following Secretary of State Jocelyn Benson recently announcing that all registered voters in the state would be mailed applications for absentee ballots. Benson responded to Trump’s tweet, saying that this is also what her Republican colleagues in Georgia, Iowa, Nebraska, and West Virginia are doing.

Meanwhile, Trump revealed that he is considering placing a travel ban on Brazil following the number of deaths in the country skyrocketed to 1,179. During the Cabinet meeting, Trump said that the administration is considering placing a travel ban to prevent further infections of the coronavirus. The United States as of now has over 1.5 million confirmed cases and over 92,000 deaths. Trump noted that they are assisting Brazil with ventilators as well.