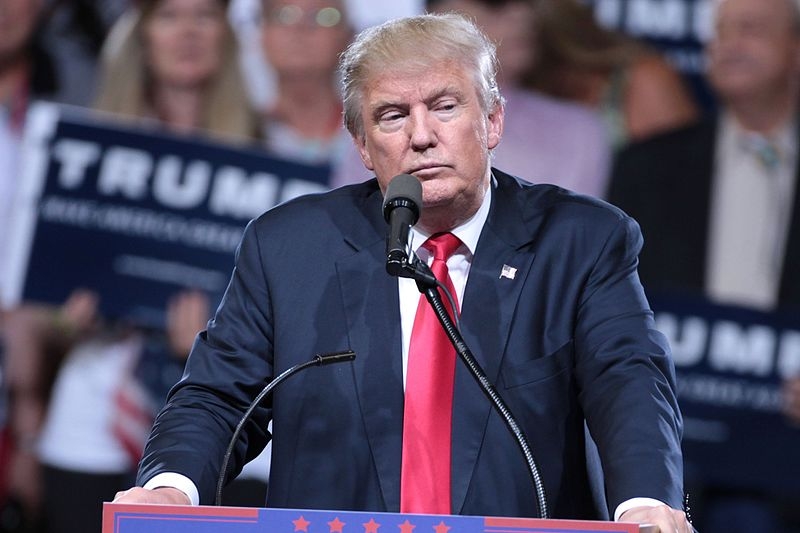 President Donald Trump is known for always boasting about his achievements, especially when it comes to the country’s economy. Once again at an event, Trump claimed that his daughter Ivanka Trump was responsible for bringing in twice as many jobs as he brought in ever since becoming President.

Trump recently attended an event by the Hope for Prisoners in Las Vegas. Politicalflare reports that Trump claimed that the First Daughter created 15 million jobs for Americans, the second time he has claimed his daughter has done it. Trump has also quoted Ivanka as saying “Daddy, I want to help with jobs!” and praised her husband Jared Kushner as well, calling him “Father of Criminal Justice Reform.”

It is a given that Trump has a tendency to embellish his claims, and this one is no different. Statistics have shown that Trump has only succeeded in creating as much as 5.7 million jobs throughout his time in office so far. It is a good number but still a far off number from his promise to create 25 million jobs for Americans should he be elected president, and he has.

The President has already praised Ivanka for the same thing back in November, claiming that she made 14 million jobs in the country. During this time, Ivanka was co-chairperson of a workforce policy board that aimed to boost training opportunities for workers. Ivanka received 300 pledges from companies who promised to create training and other opportunities and personally said that the figure was only up to 6.3 million, which is barely half the 15 million her father claimed.

Donald Trump is currently on his re-election campaign, and at a rally in Colorado, he brought up this year’s Academy Awards, and his displeasure towards the Best Picture winner, the South Korean film “Parasite.” The film won four major awards that night and was the first foreign film to win Best Picture.

“How bad were the Academy Awards this year? The winner is...a movie from South Korea! What the hell was that about?” said Trump during the rally. He then proceeded to say that the U.S. was having trade problems with South Korea, and asked if they could have Gone With the Wind again. “On top of that, we give them best movie of the year? Was it good? I don’t know. Let’s get Gone with the Wind.”