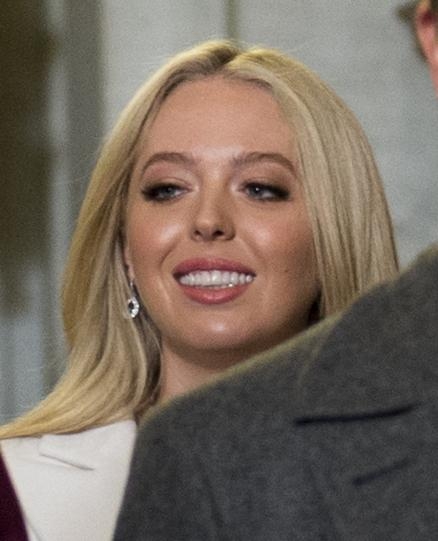 Donald Trump’s relationship with his five children has been a topic for discussion among netizens. The majority of which are convinced that the POTUS is not a hands-on dad to Don Jr., Ivanka, Eric, Tiffany, and Barron.

Tony Schwartz, the author of “Trump: The Art of the Deal,” told The New York Times that he could say with much confidence that Trump virtually spent no time with his kids when they were young.

“On the rare times Ivana brought one or two of the children to his office, he couldn’t have been less interested,” he said.

But Trump’s ex-wife, Marla Maples, shed an entirely different light on how Trump was like as a father to their daughter, Tiffany. Even though the former actress admitted that she raised Tiffany by herself, she recounted the few times that the POTUS carried and played with Tiffany.

While they were vacationing in Mar-a-Lago, the POTUS would occasionally snatch Tiffany and carry her while he talked to technicians and carpenters that were building a club health spa. Since Tiffany was still very young at that time, Maples decided to take photos of her and her father to remind her of their special relationship.

However, the photos didn’t seem enough for Tiffany to actually grow up close to her father. According to Maples, one of the things that her daughter wants is to forge a closer relationship with the POTUS the same that he has with his three older children.

“She’d liked to get to know her father better and spend time with him like his other children did: by going to his office and watching him work. Only now, he’s not in the office anymore. He’s on the campaign trail,” Maples told the publication.

Since Tiffany is not always seen in public with her half-siblings and father, she has inherited the moniker “Forgotten Trump.” She has not also been as involved as Don Jr., Ivanka, and Eric, in the POTUS’s campaign.