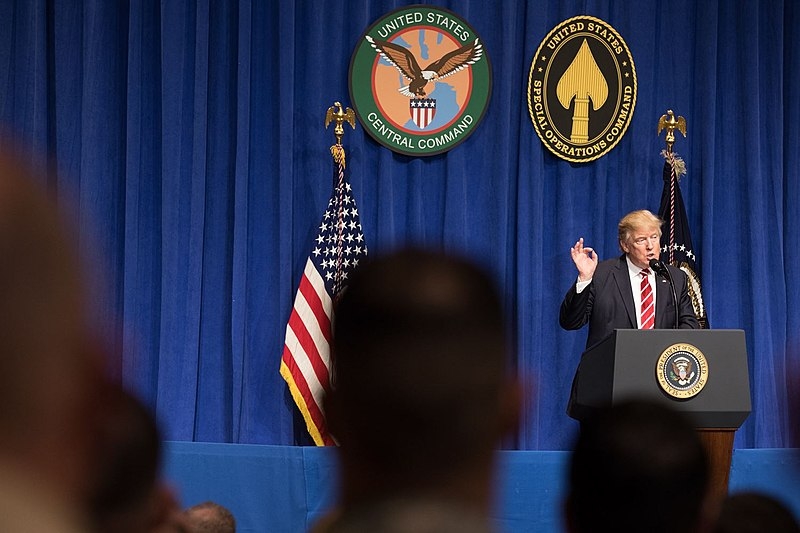 Now-former President Donald Trump was widely criticized for his handling of the COVID-19 pandemic that broke out in the US in 2020, pinning the blame on China for the breakout. In his recent public appearance, Trump urged other countries to demand compensation from China over the pandemic.

The former president made an appearance at the North Carolina Republican Convention over the weekend. During his speech where he repeated his talking points most notably the false claim of election fraud, Trump criticized China again for COVID-19, which has now infected and killed millions of people all over the world. The former president then called on the US and other countries to demand reparations from China and to hold China accountable because of the damage that was done by the pandemic.

Trump also called for the US to impose a 100 percent tariff on all Chinese imports that will stop them from pulling their military and move companies back to the United States. However, Trump also said that he has good relations with Chinese President Xi Jinping until the pandemic hit the US, and added that Xi does not really care for his successor, Joe Biden, and that his administration has been “timid” and “corrupt” when approaching China.

“In addition, all nations should work together to present China for a bill of minimum $10 trillion to compensate for the damage they have caused and that is a low number, the damage is far greater. As a first step, all countries should collectively cancel any debt that they owe to China as a downpayment on reparations,” said Trump.

With the rising trend of Bitcoin in the digital market, Trump also weighed in on its relevance on Fox Business. The former president dismissed the digital currency, describing it as a “scam” that only affects the value of the US dollar. Trump added that he wanted the dollar to become a universal currency.

Trump’s comments follow reports that El Salvador is planning to make the cryptocurrency a legal tender. To note, the price of Bitcoin has been slowly dropping since early May and has yet to recover.