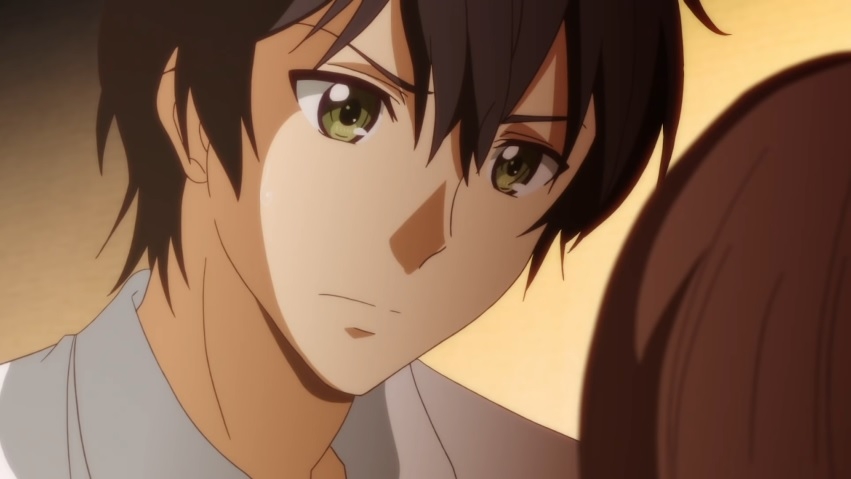 The series has arrived at one of the most important aspects of Natsuo’s relationship with Rui. But there are indications that “Domestic Girlfriend” chapter 263 would focus more on the next major thing happening for Natsuo’s writing career.

Fans may recall that Natsuo co-wrote his mentor Togei’s last literary work. Natsuo completed the work as Togei passed away before he was able to write the entire book titled “Pathways.” The last panels of chapter 262 implied that the book has been successful and has gained media attention.

With Togei no longer around to speak about the book, the interview requests have been passed on to Natsuo. This part could be featured in “Domestic Girlfriend” chapter 263 to signify a major milestone in Natsuo’s writing career.

Many fans believe that the manga is going to end in Volume 27, which could mean “Domestic Girlfriend” chapter 263 is one of the final installments of the series. It would then be fitting for the next installment to tackle Natsuo’s future as a novelist who earns good money from writing.

In a much earlier chapter in the series, Kei Sasuga included a flash-forward where Natsuo was on a phone call presumably with his publisher or agent. He receives the news that his latest book is another success, and it was suggested that his next book could be about how he met his wife. The face of the “wife” was not shown in that chapter, but with Natsuo and Rui about to get married, it appears that her identity has been finally confirmed.

On that note, “Domestic Girlfriend” chapter 263 might also tackle the couple’s next step, such as planning for their wedding ceremony. Chapter 263 will be released on Tuesday, Feb. 25, and official copies are sold online through ComiXology.

‘Domestic Girlfriend’ season 2 renewed or canceled: Will the anime continue once the manga ends?

The manga series now appears to be tying the loose ends for the three main characters. But anime fans are still wondering if they would ever get to see “Domestic Girlfriend” season 2 gets made.

Unfortunately, producers are still quiet about their plans for the anime adaptation even though it has been more than a year since season 1 was released. On the other hand, there is also a small chance that the producers are waiting for the manga series to conclude before deciding about the anime’s fate.