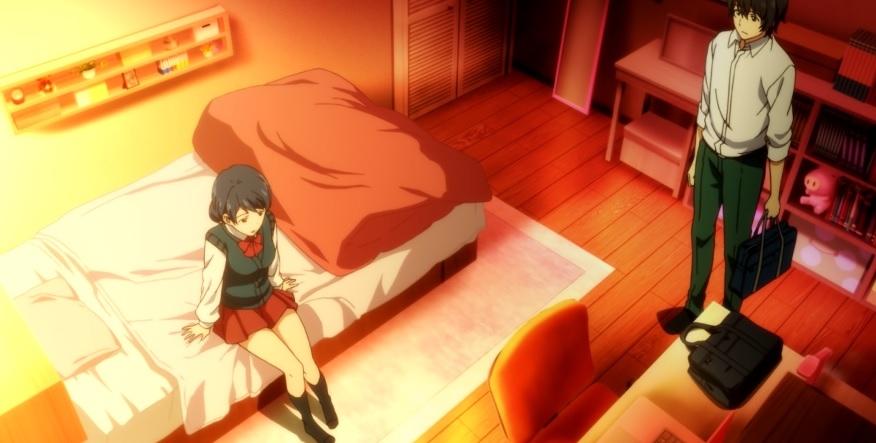 To say that things have escalated in the manga series is an understatement. Rui is pregnant with Natsuo’s baby, and she is back to Japan to tell their parents they want to get married. This is most likely the main story fans could expect from “Domestic Girlfriend” chapter 262.

Based on the events from the previous chapter, it is very likely that Natsuo and Rui will get on with their plan of coming clean to their parents in “Domestic Girlfriend” chapter 262 about their relationship. While they have been an item for a while now and about the become parents, the complications do not get any easier.

First, they are step-siblings, so no parent would immediately be okay with their plan of getting married. Second, Hina informed the couple in chapter 261 that their parents still think Natsuo and Hina are still in a relationship. These complications just make the possibilities in “Domestic Girlfriend” chapter 262 even more interesting.

Regardless of how their parents are going to react, it appears that Natsuo and Rui are both resolved that they want to get married now that she is pregnant. The other likely interesting scene in “Domestic Girlfriend” chapter 262 is how Hina will come to their rescue should their parents react badly to what they are going to announce.

On the other hand, if their parents turn out to be accepting and give their blessings to Natsuo and Rui, it means there is practically no other reason for them not to be together through the end. That leads to the question of what happens to Hina after “Domestic Girlfriend” chapter 262. After Hina helped her siblings practice what to say to their parents, the manga reassured fans that she is still in love with Natsuo.

“Domestic Girlfriend” chapter 262 will be released on Tuesday, Feb. 18. Fans outside Japan may find that ComiXology is one of the best official channels where they can get new chapters of the series. Note, though, that each chapter costs $1.99.