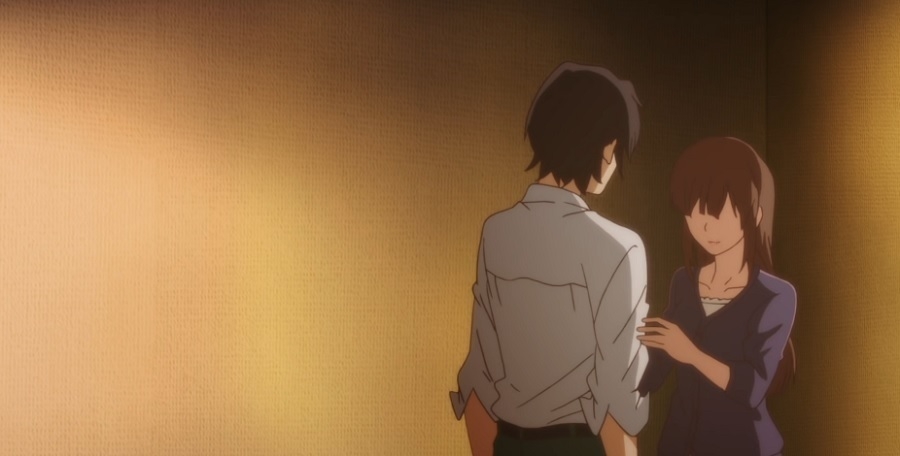 The truth is the story arcs covered in the first season last year were obviously tailored to build up the love tale of Natsuo and Hina. It has this against-all-odds kind of spin, however, the season ended with them extremely heartbroken. Hina needed to leave the city and be far away from her family after her relationship with Natsuo was discovered. Natsuo was shattered, but Rui has been by his side, practically telling him he has other options and can move forward.

To be fair, the stories that would be covered should “Domestic Girlfriend” season 2 be released will exceed the complicated romance between the three characters. Natsuo’s passion for becoming a well-paid novelist as well as Rui’s ambitions to become a great chef will take center stage in the upcoming arcs.

While the two are somewhat separated for some time, they would be sharing far more happy moments and struggles together in “Domestic Girlfriend” season 2 than what Natsuo had with Hina in season 1. These circumstances might be enough to show some fans on the Team Hina that Rui is not so bad of a partner Natsuo after all.

Some fans may also agree that it is still too early to see who is going to be with Natsuo in the end, and they could be right. One good thing about the series is that it finds the balance between keeping the love triangle alive while also highlighting the individual struggles that Natsuo, Rui, and Hina have. And with “Domestic Girlfriend” season 2’s fate still in limbo, fans might want to start reading the manga to appreciate this.

As mentioned, “Domestic Girlfriend” season 2 has not been confirmed yet. Producers have been mum about their plans for the anime series, while long-time fans have been telling anime-only followers the second season is unlikely happening.

Some fans have been insisting that the first season was only released to introduce the series to a broader audience for the sake of the manga’s popularity. However, until “Domestic Girlfriend” season 2 is ultimately canceled, anime fans might remain hopeful to see the series get animated again.