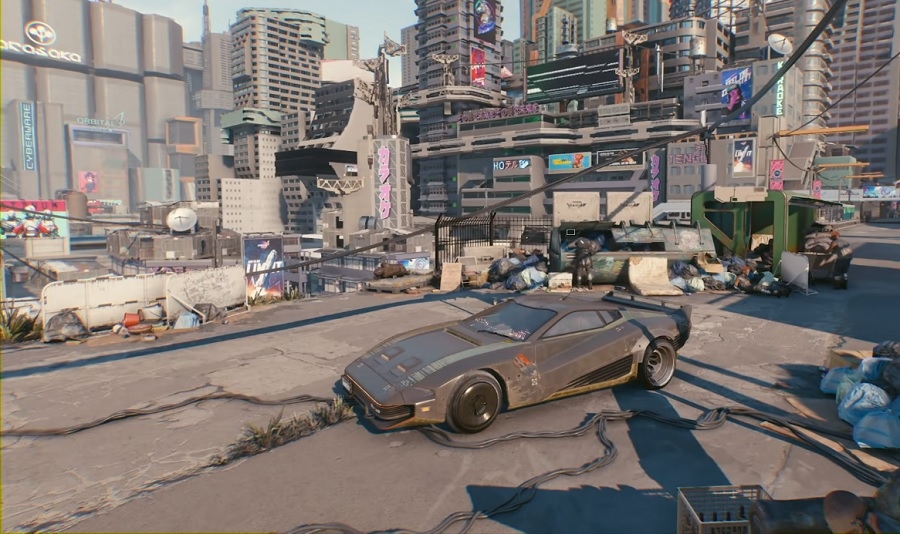 Most of the “Cyberpunk 2077” trailers and promo clips have shown fans that Night City will be filled with dark alleys, unfinished buildings, skyscrapers, and neon lights – just how many people picture cyberpunk future would be. However, the developers confirmed that the in-game map features more than that view.

To honor the fifth anniversary of “Mad Max: Fury Road’s” premiere, CD Projekt Red unveiled that vehicle named Reaver. The car is based on Quadra Type-66 that has been customized specifically for the use of the Wraith gang packed with 1,000 horsepower. The brief teaser showing the Reaver is set in a desert surrounded by several mountains, which the official “Cyberpunk 2077” Twitter page confirmed is part of the game’s map for real.

„Reaver” - custom-built Wraith gang vehicle based on Quadra Type-66 car. With its near 1000 horsepower, you will ride eternal, shiny and chrome.
Happy 5th Anniversary #MadMaxFuryRoad pic.twitter.com/9E0gqJKqV5

This just means that there is so much more discover in the Night City other than what has been shown in the trailers. Wraiths, one of the nomad factions in “Cyberpunk 2077,” use the Reaver mostly to roam around the Badlands making the area quite dangerous for any unsuspecting traveler.

Speaking of gangs, “Cyberpunk 2077” developers have also been introducing several groups that V is likely to deal with in his upcoming missions and contracts. Gangs in this game have their territories, and they are also known for their specific interests and goals like the Maelstrom that is “obsessed with cybertechnology.” This means if V would be allowed to transact with gangs, he is likely to reach out to the Maelstrom for some cybernetic enhancements.

Other groups to be introduced in “Cyberpunk 2077” are not about perpetuating violence, like The Mox. It was founded in honor of the late strip club owner Elizabeth “Lizzie” Broden, and its members are devoted to protecting men and women working in this field.

With about four months left before the launch of “Cyberpunk 2077,” CD Projekt Red is likely to introduce more gangs and unveil more vehicles to hype the fans. It is still unclear how much freedom in customization will be provided to the players when it comes to designing their cars. However, the Reaver suggests that the developers might be preparing a wide array of possibilities. The game will be out on Sept. 17 on PC, PlayStation 4, Xbox One, and Stadia.