‘Cyberpunk 2077’ hotfix 1.11 is out and removes bug that prevents Takemura’s holocall in Down on the Street quest 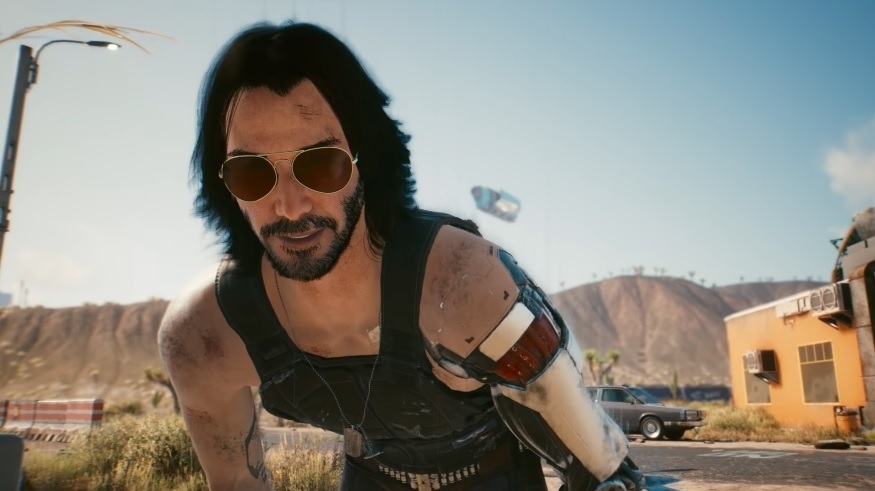 The first major patch CD Projekt Red released for “Cyberpunk 2077” brought a new bug to a main job quest. The developer has now corrected the error through the hotfix 1.11.

The “Cyberpunk 2077” hotfix 1.11 went live Thursday, addressing two bugs, including the one that was preventing players from completing the Down on the Street quest. Its last objective is to have a conversation with Takemura through a holocall. Before patch 1.1, some players reported they were not receiving the call at all. After the patch was released, players said Takemura’s holocall already appeared; however, the NPC was not saying anything making it impossible to complete the quest even after the update.

These issues should have been addressed through hotfix 1.11, and CD Projekt also explained what caused the bugs. The developer explained that the error occurred for players who were using a saved game from version 1.06. “After loading such a save on version 1.1, the holocall would lack dialogue options and block interactions with other NPCs,” the studio added.

Hotfix 1.11 is available on PC, consoles and Stadia!

This update restores item randomization and fixes a bug which affected some users’ holocall with Takemura in Down on the Street quest.

A less reported bug that appeared after patch 1.1 was also addressed in “Cyberpunk 2077” hotfix 1.11. The latter should bring back the item randomization to its condition before the patch.

While many console gamers have been underwhelmed with the state of “Cyberpunk 2077” when launched last December, fans have been enjoying the game's mods. However, CD Projekt Red needed to intervene recently after a mod that allowed players to swap characters in a certain sex scene allowed them to engage in a sexual encounter with Johnny Silverhand, which has the likeness of actor Keanu Reeves.

The developer has removed the mod and told Eurogamer that, while it does not have issues with swapping fictional characters in sex scenes, it cannot allow such mod if it involves “real-world likeness.” While taking down the mod seem a little extreme, CD Projekt’s explanation makes sense. “In the case of model swaps, especially those that involve explicit situations, it can be perceived as such by the people who lent us their appearance for the purpose of creating characters in ‘Cyberpunk 2077,’” the developer said.