Capitol insurrection: Rioter asks judge for a lighter sentence in order to 'walk his dog' 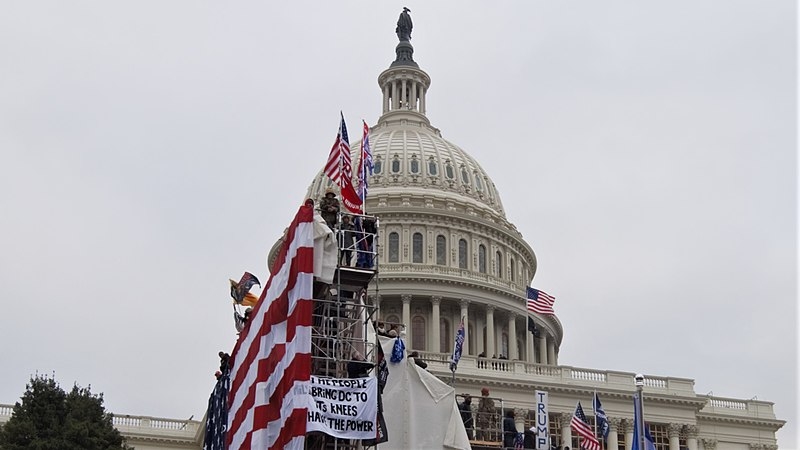 Hundreds of people who have taken part in the January 6 insurrection at the Capitol have already been identified and arrested by federal law enforcement agents. One insurrectionist recently asked the judge presiding over his case to loosen his pretrial restrictions in order for him to continue with his daily activities.

The attorneys for insurrectionist Daniel Egtvedt, who is charged with nine felony and misdemeanor counts related to the Capitol riots, filed a motion dated August 8, asking the judge who presides over his case to remove the provision of electric location monitoring. The rioter, who is from Maryland and known for spreading the QAnon conspiracy movement prior to the insurrection, and was released on pretrial with restrictions last April.

“Mr. Egtvedt would simply like the opportunity to walk his dog, take a greater role in the care for his mother, work at the farm, and volunteer with his church,” wrote Egtvedt’s attorneys in the filing. “There is no threat to the community posed by Mr. Egtvedt which is evidenced by his perfect record of compliance since his release.”

They also cited that another insurrectionist had their electronic monitoring removed despite having carried a deadly weapon into the Capitol. The motion also does not explain why electronic monitoring would keep Egtvedt from doing his daily activities like walking his dog, among others that were detailed. The court or the DOJ has yet to issue a response to the filing, according to NBC reporter Scott MacFarlane.

Previously, another rioter was also requesting leniency despite their involvement in the insurrection that led to five people dead and dozens of law enforcement officials severely injured. The rioter, Robert Reeder from Maryland, claimed that they were a registered Democrat and did not support the disgraced former President Donald Trump.

Reeder pleaded guilty to demonstrating, picketing, and parading in a Capitol building during his trial. Reeder’s defense attorney Robert C. Bonsib wrote in a sentencing memo that Reeder does not share the same views as the supporters of the former president but liked that Trump was trying to instill the patriotic spirit in Americans. Bonsib also cited that Reeder is not involved in any right-wing organization or extremist group as another reason for a lenient sentence.