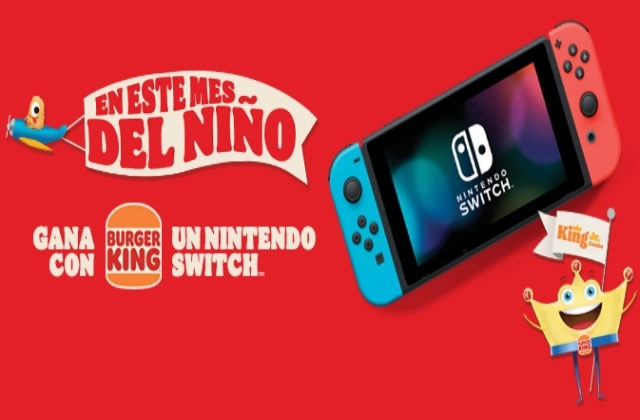 Burger King Mexico gives its customers a chance to win Switch consoles through a partnership with Nintendo. Customers who register their purchases can win more than 20 consoles.

It was announced earlier that starting this week, Burger King Mexico will also offer six toys inspired by popular Nintendo games. As per Entrepreneur, these will be included in every order of BK’s King Jr. combo meal.

The toys will be given out for a limited time and will be available until May 30 only. Customers can choose from the exclusive characters from Nintendo games including “Animal Crossing: New Horizons,” “Luigi’s Mansion 3,” Mario Kart 8 Deluxe,” “Super Mario Maker 2,” “Splatoon 2” and “The Legend of Zelda: Link's Awakening.”

These toys are a separate offer from the Nintendo Switch consoles promo so there are two different ways to avail of the toy offers from Burger King Mexico. Most customers will surely prefer to get the Switch console but since this is something that will be raffled off, they can simply get the Nintendo-inspired toys instantly by buying the restaurant’s King Jr. combo meal.

"For us at Burger King, it has always been a mission to provide a great experience to our guests, either with innovations in our menu or with alliances with brands like Nintendo that will undoubtedly draw a smile to each of them," Burger King’s marketing director, Guillermo Hermosillo, said in a statement as they announce the special offer.

For people who want to get their hands on the Nintendo Switch, they simply have to order using the Burger King app and with every purchase of food worth 100 in Mexican pesos. The next step is to register their purchases between April 12 and May 12 on BK Mexico’s official page.

Meanwhile, it appears that Burger King Mexico is not the only one that has joined forces with the Japanese video game company. This same promotion also ran in Canada and some parts of Latin America.

The Nintendo Switch games-inspired toys were also offered in these regions in February and ended on March 15. Likewise, Switch consoles were also given away as a prize for those who registered after buying a Super Mario Meal via BK’s mobile app.

“Nintendo has always had a mission of delivering smiles to families, and we’re delighted to work with Burger King to deliver smiles through our partnership together,” Nintendo’s U.S. senior vice president of sales and marketing, Nick Chavez, said in a press release.