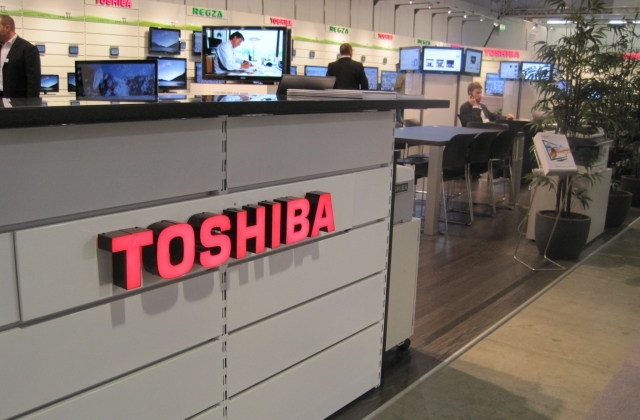 Toshiba is receiving offers for buyout bids, but before any interested parties could close a deal with the company, its chief executive officer, Nobukaki Kurumatani, is leaving. He was reported to have resigned at a board meeting.

Unfortunate resignation as the company is facing issues

As per Reuters, Kurumatani tendered his resignation on Wednesday, April 14, and the board accepted. He will leave the company amid the controversies over CVC Capital Partner’s $20 billion buyout offer.

“Tsunakawa has the trust of various stakeholders,” Toshiba’s board chairman, Osamu Nagayama, said via press conference. He added that Kurumatani told the board he is stepping down since the “company’s recovery is now firmly in place.”

It was further disclosed the ex-CEO would be leaving Toshiba immediately, and his exit comes just a week after the firm revealed it is looking and reviewing acquisition offers from a fund firm he previously worked for, which is CVC.

Kurumatani’s CEO post at Toshiba will be taken over by Satoshi Tsunakawa. He was the chairman before Kurumatani, so it seems he is just taking back his work again.

Despite his stated reason for the resignation, the executive is leaving Toshiba on a bad note because he had been under fire for the CVC acquisition proposal. There are also other allegations that say investors were pressured to support desired nominations at the board.

CVC’s acquisition offer is worth $20 billion, and one of Toshiba’s investors, Oasis Management Co., said that this is too low. The amount is equivalent to ¥5,000 per share, or just $45, and the equity firm reiterated this is a very cheap price.

Other investors agreed and joined in the move to urge Toshiba to look for other potential buyers and accept more bids. The offer was also heavily criticized by the company’s managers, and this prompted them to lobby against it to the government.