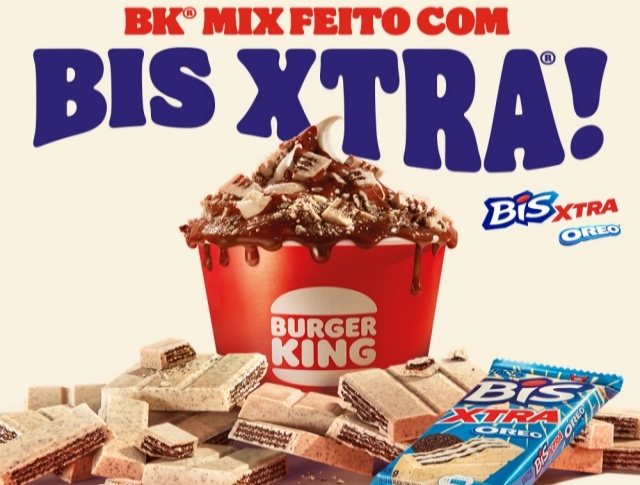 Burger King Brasil has added two new dessert options to its menu, and it is a big treat to customers who love ice cream and shake. The BIS XTRA and BIS XTRA Oreo are the new items, and they are part of the restaurant's BK Mix offering.

Burger King Brasil is releasing the BIS XTRA and BIS XTRA Oreo in two forms and these are the ice cream bucket and shake. These have been described as the best desserts for the coming hot summer days.

The desserts are already available in Burger King Brasil store outlets since Feb. 2. It can be purchased nationwide for R$11 and up. As per Rota Cult, to make the new treats even taste sweeter, the fast-food chain is giving a 50% discount to all customers who are members of BK's loyalty program.

The discounts are set to be handed to customers in points that will appear in their loyalty accounts. It should be noted that the discount will be applicable to purchases made via Clube BK.

For customers and fans who would like to avail of the big discount for the new BIS XTRA and BIS XTRA Oreo but are not yet part of the Clube BK, they can simply download the official Burger King Brasil app within the promotion period and register. After the sign-up, they can start earning reward points for all their purchases at Burger King Brasil, and they can also grab a 50% discount for the new desserts.

"We certainly have a lot of news planned for the year and this partnership is just the beginning. We are committed to offering even more experiences to our consumers, whether in products or services", Juliana Cury, Burger King Brasil's marketing & innovation director and master franchisee of Burger King and Popeyes in Brazil, said in a press release.

She went on to say, "Clube BK is a platform where we are able to offer a wide range of possibilities, such as the exclusive discounts we are offering in this campaign. These strategic differentials have contributed significantly to the growth of our Loyalty Program."