NFT: AMC’s ‘The Walking Dead’ to get NFTs for its final season 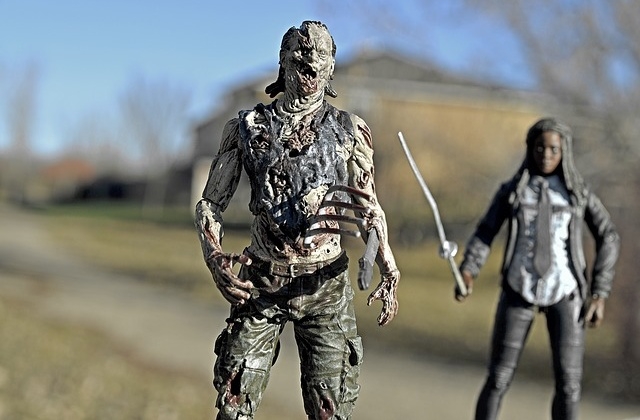 “The Walking Dead” is one of AMC Network’s most-watched TV series, and it has been airing for almost 12 years now. It has also created several spin-offs, and this year, the show is finally concluding its run after 11 seasons.

The final season of “The Walking Dead” has 24 episodes, and it premiered in August 2021. AMC is airing the finale in three installments, and each one will consist of eight episodes. The first installment has already ended, and the second one is set to premiere on Sunday, Feb. 13.

Now, with two more installments to go before “The Walking Dead” ends, it was announced that the show is getting its own non-fungible token or NFT starting this month. AMC Network revealed it would be creating digital collectibles based on the zombie apocalypse series.

As per Decrypt, the TV network partnered with Orange Comet, an NFT startup, to produce the NFT collection for “The Walking Dead.” The said firm is said to have been co-founded by Cuban and American singer Gloria Estefan and Kurt Warner, a retired NFL player.

The long-running series’ NFT collection is set to be released in multiple drops, and it will start on Feb. 20. The first drop is expected a week after the show returns for its midseason run.

we're partnering with @WalkingDead_AMC to release a series of NFTs for the final season... here's a brief thread on the roadmap so far going forward ???? pic.twitter.com/NcextzTMXD

Fans can expect TWD-inspired 3D animations and generative artwork featuring the lead characters of the series. It was added that Orange Comet will also be selling a limited “Walker Access Pass” which will give holders exclusive access to future “The Walking Dead” NFT drops.

It should be noted that the pass will only be sold for 24 hours and the company has no plans of releasing more passes for a year.

Eluvio ’s technology has been tapped for the minting of AMC’s “The Walking Dead” NFTs. This is a blockchain protocol that is Ethereum Virtual Machine-compatible but it is more efficient and environmentally friendly for minting NFT assets.

Finally, Variety reported that the initial collection of “The Walking Dead” NFTs includes 10,000 generative art pieces and each costs $50. There will also be 750 original animations based on “TWD” scenes and these will be sold for $250 each. The Orange Comet’s “Walker Access Passes” that will be put up for sale for only 24 hours is priced at $311.