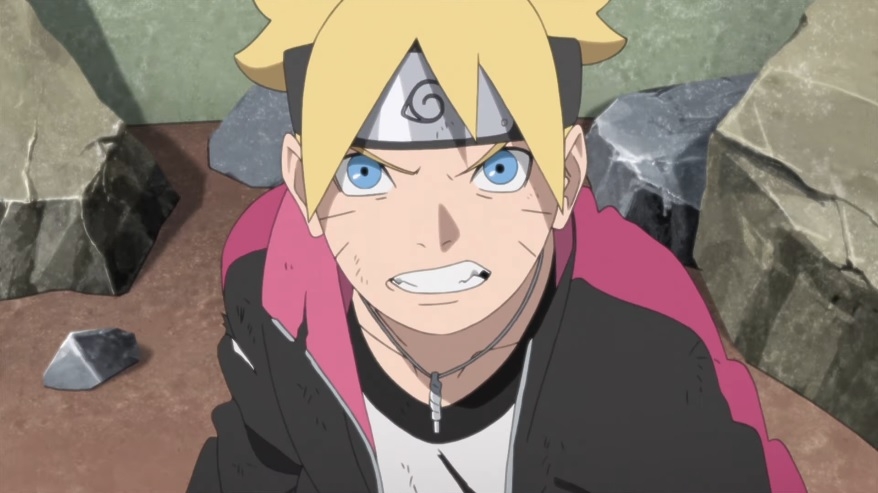 The “Boruto: Naruto Next Generations” anime adaptation is finally approaching one of its most important story arc yet with the official reveal of Jigen and Delta. Meanwhile, Naruto recognizes his son’s recent achievements and rewards him in “Boruto” episode 179.

Victor is back with the other members of Kara organization in “Boruto” episode 179. Anime-only fans may recall that Konoha has previously deduced that the group is engaged in biological experiments. More details about this activity will be revealed soon while Victor hatches his own plan against their leader.

The official preview for “Boruto” episode 179, as translated by Organic Dinosaur, indicates that Kara’s experiments are aiming to produce something that the group calls a “vessel.” The video teaser reveals the next episode will include scenes where the full reveal of Jigen and Delta is happening while they interact with Victor. While Kara members were shown in an earlier episode, this is going to be the first time fans will see the official anime versions of the new antagonists.

Jigen is Kara’s leader who will benefit greatly from the group’s project. But the organization is also filled with strong members that make use of different types of scientific tools as demonstrated by the earlier introduction of Deepa. As for Delta, anime fans should expect her to have a massive fight in Konoha in the upcoming installments. Most of the details about the vessel project will also likely be revealed through the group’s doctor and science expert named Amado, who also appears in the “Boruto” episode 179 preview.

“Boruto” episode 179 is titled “Victor’s Scheme” as it also reveals Victor’s intentions to use Kara’s experiment on himself. Following the recent fights where he was involved, Victor knows that his life is near its end. This convinces him to come up with a plan involving the use of the vessel they are developing, which also goes against Jigen’s wishes.

What is Naruto’s reward for Boruto?

Back in Konoha, the “Boruto” episode 179 video teaser shows Naruto is meeting with Team 7 where he appears to show his appreciation for their recent efforts in the Valley Country mission. Naruto will also reward his son by letting him have a “personal match-up.”

“Boruto” episode 179 will be released on Sunday, Dec. 20. Note that the next chapter of the same title manga series also comes out on the same day. Fans can watch new episodes through official streaming platforms such as Crunchyroll and Hulu.