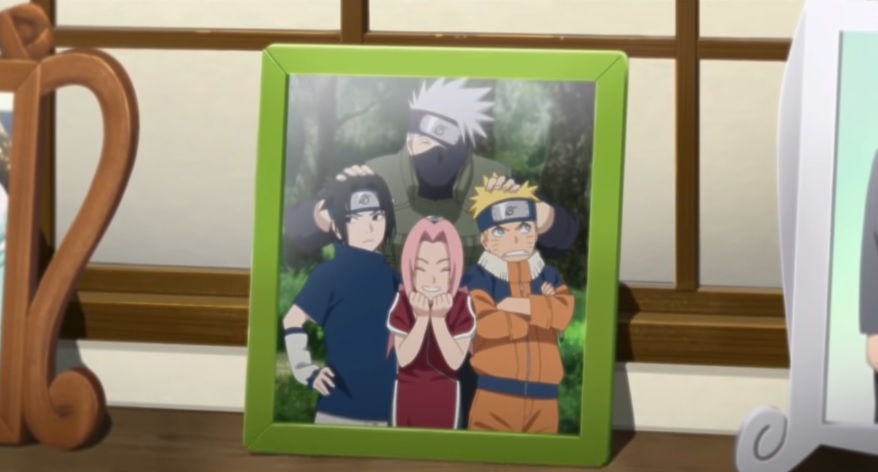 Anime and manga fans have been waiting for the Ao’s return to the small screen, and teasers for “Boruto” episode 178 is finally happening. However, Ao’s visit to Konoha also hints at a much more tragic fate for Mugino.

Are Ao and Mugino friends? (Manga spoilers ahead)

The official video preview of “Boruto” episode 178 confirms that Ao is visiting Konoha during the commemoration of heroes of the Fourth Great Shinobi War. What is more interesting, however, is the way Ao approaches Mugino.

As Ao arrives at the shrine of shinobi heroes, he appears to go straight toward Mugino’s direction. The teaser then shows a brief scene where they seem to go on a stroll and share what appears to be a friendly conversation. Although the “Boruto” episode 178 preview is not showing their actual dialogue, it seems to suggest that Ao and Mugino know each other personally in the version of the story in the anime.

If this is the case, Mugino’s upcoming demise is only going to hurt more for the fans. In the manga, Mugino’s existence was short-lived as he was killed by Ao very shortly after he was introduced. Mugino, in the anime, has already been in more scenes and even joined Konohamaru and Team 7 in some very dangerous missions. Every time he is on the field, Mugino has shown how much of a dedicated shinobi he is. Now that he could be friends with Ao, his looming death is bound to be much more devastating.

Mugino and Ao’s interaction, however, may not be the focus of the story in “Boruto” episode 178. Most scenes included in the video preview feature Shikamaru, who appears to be having some sentimental realizations after attending a ceremony for the Fourth Great Shinobi War heroes.

Boruto Episode 178 WSJ Preview. Title: Father’s Back
Shikamaru attends a service for the people lives who were lost in the Fourth Great Ninja War and a certain someone vists the Leaf Village! (????????) pic.twitter.com/UxCFLuxWlp

It should also be noted that the episode’s title is “Our Father’s Back,” which seems to correspond with what Shikamaru is discussing. In the preview, he wonders the real purpose of their fathers entrusting them the future of Konoha and the shinobi world. While he considers maybe they only said it to raise morale, he also thinks about the future where it is their generation’s time to hand over the responsibilities to their children.

“Boruto” episode 178 will be released on Sunday, Dec. 13. New episodes with English subtitles are released on the same day on official streaming sites Crunchyroll and Hulu.