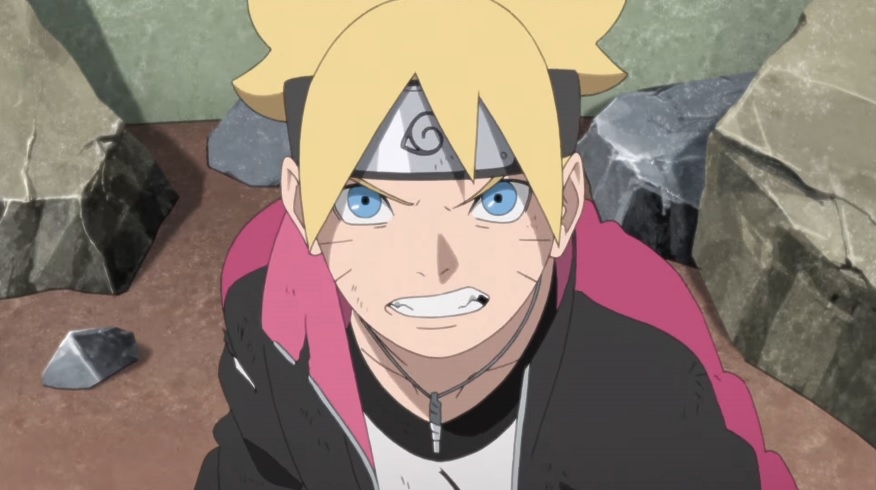 With both Boruto and Sarada achieving significant progress in their training, the anime will have a more relaxed installment in “Boruto” episode 172. However, it is nothing but uneventful for Team 5 after suddenly receiving a task to get an autograph from Orochimaru.

Boruto was able to demonstrate his new skills in his previous fight with Shojoji, but he was left unconscious after the match. The “Boruto” episode 172 preview then confirms that he is back to the hospital where Yuino Iwabee, Kaminarimon Denki, and Metal Lee of Team 5 visit him. They appear to be trying to wake up the titular protagonist by making him smell his favorite burger.

During the visit, it appears that Team 5 meets another patient who loves collecting the Konoha playing cards. In a synopsis translated by Organic Dinosaur, the new kid in the series is named Nattou who will reportedly “manipulate” Team 5 into accepting a mission for him. All he wants is to have one of his playing cards signed by the actual ninja in it. Sounds simple enough, until the shinobi realizes that the signature Nattou wants to get is from Orochimaru.

There is no need to explain just what kind of reputation Orochimaru has across Konoha. The supposedly simple mission then becomes complicated for Team 5, which also explains the “Boruto” episode 172 title “A Signature of Fear.” Despite being scared, Iwabee, Denki, and Metal Lee will be resolved to accomplish the task after learning that Nattou is scheduled for a major surgery.

The brief video teaser of “Boruto” episode 172 also hints at Boruto’s friends pushing through the mission as they appear to arrive in Orochimaru’s lab. The preview also shows a confused Log possibly after hearing that Team 5 just wants Orochimaru’s signature.

What’s not mentioned or shown in the teasers is whether or not Mitsuki will also appear in “Boruto” episode 172. Boruto’s teammate has just woken up in episode 171 and is also needing an operation as Orochimaru needs to replace his major organs.

Since the episode’s primary setting is likely in Orochimaru’s lab, it would not be surprising if the anime will reveal more information about the stolen Hashirama Cell. “Boruto” episode 172 will be released on Sunday, Nov. 1 with a simulcast on Crunchyroll and Hulu.