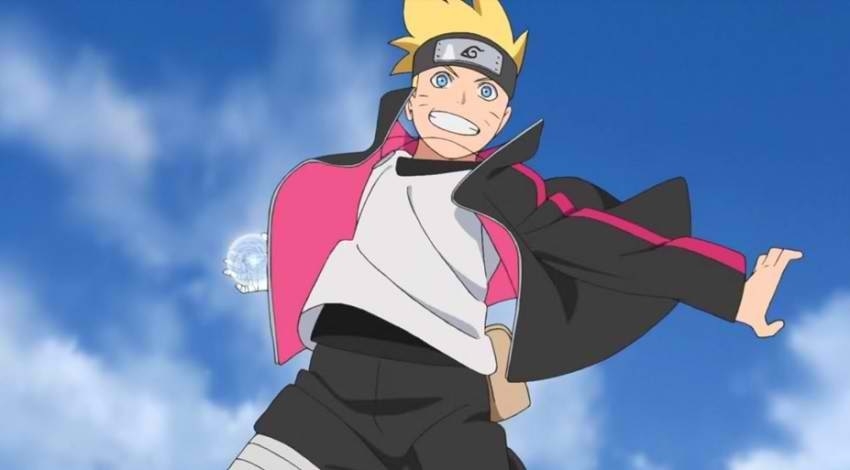 The fight against Isshiki has officially started, and the Otsutsuki is not holding back and came an inch closer to killing Sasuke. However, Boruto to have had an important realization and the early “Boruto” chapter 51 teaser indicates he has found the “key” against Isshiki. It has now led to fans wondering if that key is the Jougan.

Most of chapter 50 revolved around the fight against Isshiki. Aside from transporting Isshiki to a foreign dimension using karma, Boruto was an observer for the most part of the fight. As expected, Isshiki is much more powerful than when he fought as Jigen. He even used a new technique that is different than his shrinking ability, so he has so far shown dominance over both Sasuke and Naruto.

“Boruto” chapter 51 will be picking up on a major cliffhanger as well. By the end of chapter 50, Isshiki was so close to killing Sasuke until Boruto intervened and placed himself between the sword Isshiki was holding and an immobile Sasuke. Boruto taunted Isshiki that he cannot kill him and the villain is visibly annoyed. Meanwhile, back in Konoha, Amado also commented that Boruto may be “holding the key to winning this battle.”

The early official teaser for “Boruto” chapter 51, through Organic Dinosaur’s translation, also mentions something about a “key” that Boruto has found. Most fans in the replies section are hoping that the preview is referring to Boruto using the Jougan on Isshiki in the next chapter.

“They’re burdened with the fate of Konoha!! On an extreme battlefield, what is the ‘key’ that Boruto has discovered!?”

Borushiki (Boruto + Momoshiki) has briefly appeared in the manga before, and his power is very strong. Fans are hoping to see that again, but they are even more excited to see Boruto activate his Jougan against Isshiki.

It would be an amazing turn of events if that is what’s slated to happen in “Boruto” chapter 51. But following Boruto’s and Amado’s train of thoughts, the key that is being referred to here could be something else because, again, the only thing that stopped Isshiki from killing Sasuke was to spare Boruto’s life. Whatever is preventing him from killing the young shinobi is likely to be explored in the next chapter.

The tough part now is that fans will have to wait until next month to find out what is the “key” that Boruto discovered. “Boruto” chapter 51 will be released on Tuesday, Oct. 20.