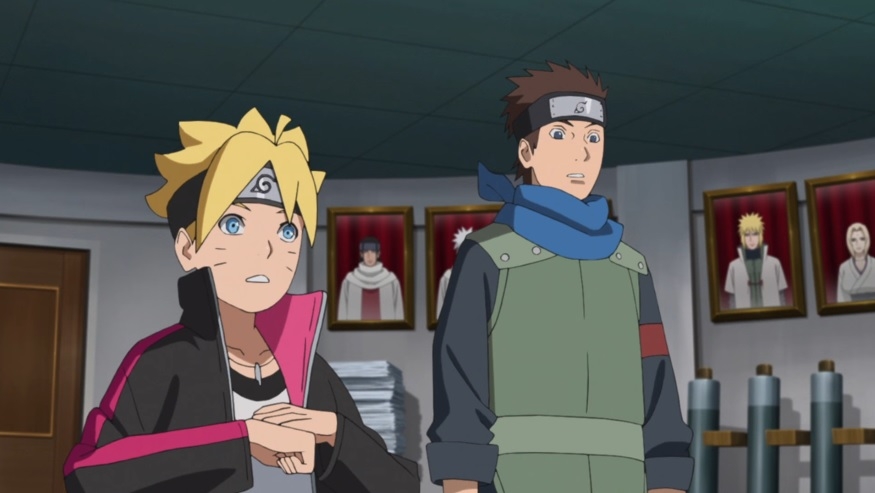 Thanks to the teasers for “Boruto” episode 165, it is almost confirmed that the Konoha shinobi are finally catching up on the remaining members of the purple-haired quadruplet from Haze. Meanwhile, another possible event in the next episode might involve a massive fight against Deepa.

The previous episodes seemingly show how Deepa is an even bigger problem than the Haze shinobi that Team 7, Mugino, and Konohamaru have been chasing. Their current mission in “Boruto” episode 165 is to retrieve the Hashirama cells that were previously stolen by the mysterious individuals from Haze. They are not the only ones going after the cells. Kara member Deepa is also hell-bent on retrieving it and it was made obvious that he has very little regard for human life.

Deepa was last seen killing two of Omoi’s associates. In the short period that Deepa was introduced, he had already left a trail of casualties wherever he goes. Now that he knows where to find the Hashirama cells, it is very likely going to be his next stop. The thing is Boruto, Sarada, Mitsuki, Konohamaru, and Mugino are going there, too. While “Boruto” episode 165 might not elaborate on this potential encounter, Deepa can play a huge role in the next installment.

In the “Boruto” episode 165 synopsis translated by Organic Dinosaur, it is said that the remaining Haze shinobi will do whatever it takes to complete their mission involving the cells. That is to the point of sacrificing their lives, which is shocking to Boruto. Both the synopsis and video teaser suggest that one of the Haze shinobi, Hiruga, will come clean as to why they are not afraid to die just to retrieve the cells.

In the trailer, one of them also hints that they only exist just for the sake of this mission and that their deaths would let others live making the revelations in “Boruto” episode 165 even more interesting. Episode 165 will be released on Sunday, Sept. 13. Fans outside Japan can stream the new episodes through Crunchyroll and Hulu.