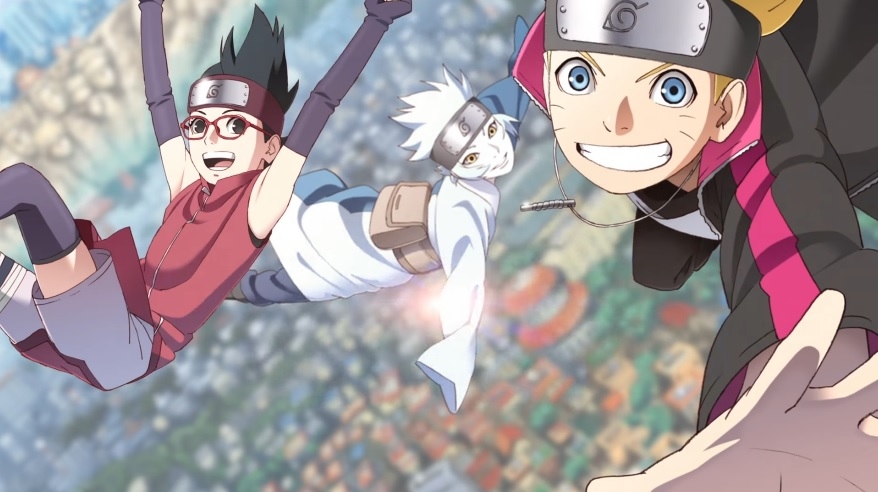 The mission to retrieve the Hashirama cells is taking longer than fans have anticipated. It is unlikely to be accomplished in “Boruto” episode 163, but Deepa’s return should be enough to excite the viewers.

Team 7 and the Konoha genin Mugino have just escaped the scoundrels of the lawless country where the protagonists hoped to collect the Hashirama cells. Unfortunately, a new set of opponents will challenge them in “Boruto” episode 163 as they also learn new information that hints at a prolonged search for the cells.

The “Boruto” episode 163 video teaser shows the Konoha shinobi facing three unknown individuals. One of them unsheathes his katana suggesting that they are preparing to fight Boruto, Sarada, and Mitsuki.

Meanwhile, the “Boruto” episode 163 synopsis revealed earlier this month and was translated by Organic Dinosaur had described this interaction as a “touch-and-go situation.” This suggests that these unknown individuals do not pose a threat to Team 7. But the video preview suggests the next episode will not go without a fight sequence, thanks to Deepa’s arrival.

Deepa appears to stop Boruto from charging at the unknown shinobi so he could be the one to attack them in “Boruto” episode 163. This is going to be interesting because Deepa is established as a very cold-blooded character who does not really care about killing his targets. Additionally, he is also tasked with collecting the Hashirama cells.

The synopsis also hinted that Konohamaru would mediate the encounter between the unknown characters and Team 7, and this would lead to the latter gathering intel that the group that attacked the castle were shinobi from Kirigakure. Fans will have to wait for the release of “Boruto” episode 163 to see how the events will unfold with Deepa seemingly interrupting Team 7’s interaction with the three unidentified individuals.

Events in “Boruto” episode 163 might not be lifted straight from the manga, but it is not going to be a filler episode. This is already part of the anime’s take on the Kara arc, which means what will happen is part of the canon anime plot.

“Boruto” episode 163 will be released on Sunday, Aug. 30. Viewers outside Japan can watch it through the official simulcast on Crunchyroll and Hulu.