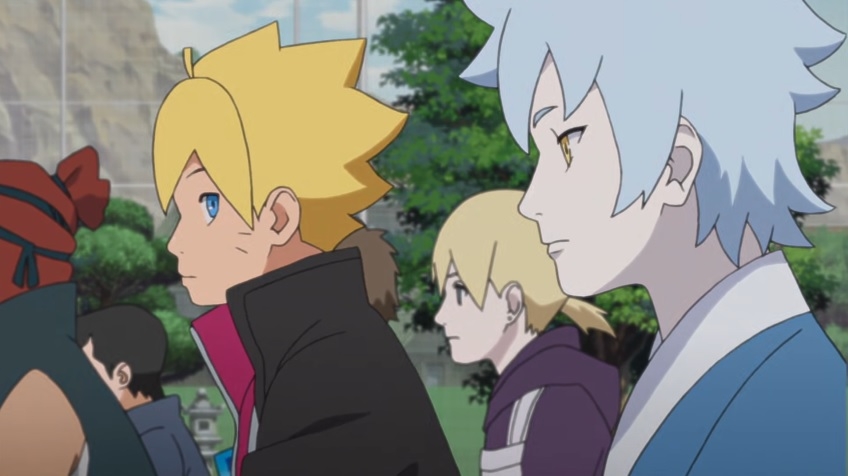 What sets “Boruto: Naruto Next Generations” from “Naruto” is the more rampant use of skills not exactly based on ninjutsu. This is once again highlighted in the current adversary that the reborn Team 7 is facing making it more difficult to predict what happens next in “Boruto” chapter 42.

Boro's paralyzing virus that spreads through the air is made out of scientific ninja tools. But what makes him a much tougher opponent is the ninjutsu ability that enables him to perform a regeneration technique, among other skills. With the dark mist already neutralized coming to “Boruto” chapter 42, the new Team 7 only has to deal with Boro's ninjutsu skills.

Some fans argue that genin-level ninjas like these three should easily be no match for someone like Boro. But others counter that the Team 7 members are not the typical genin with Boruto having the karma, Sarada with the three-tomoe Sharingan, and Mitsuki having mastered the Sage Transformation to achieve Sage Mode. The last being one of the most anticipated ways to defeat Boro in “Boruto” chapter 42.

As far as the manga storyline is concerned, Boro is hands down one of the toughest opponents they have ever faced. At the same time, they are also facing the daunting task of bringing Naruto back alive. It is not a stretch to hope for Team 7 to tap on to their highest level of skills to get the job done in “Boruto” chapter 42. And Boro's regeneration technique is the only thing that stops them from doing it. Fans suggest that Mitsuki in Sage Mode possesses the speed that could be the key to preventing Boro from healing himself.

‘Boruto’ chapter 42: Kawaki might end up sacrificing himself for Naruto

Boro appears somewhat rattled after realizing that the Team 7 have neutralized his paralyzing dark mist. He then opted to distract them by threatening Naruto’s life. Despite probably having a plan to defeat Boro, Kawaki was the one most affected by his taunts.

If Team 7 could not take out Boro in time, Kawaki might end up bargaining his freedom for the safety of the Seventh Hokage. “Boruto” chapter 42 will be released on Jan. 20.