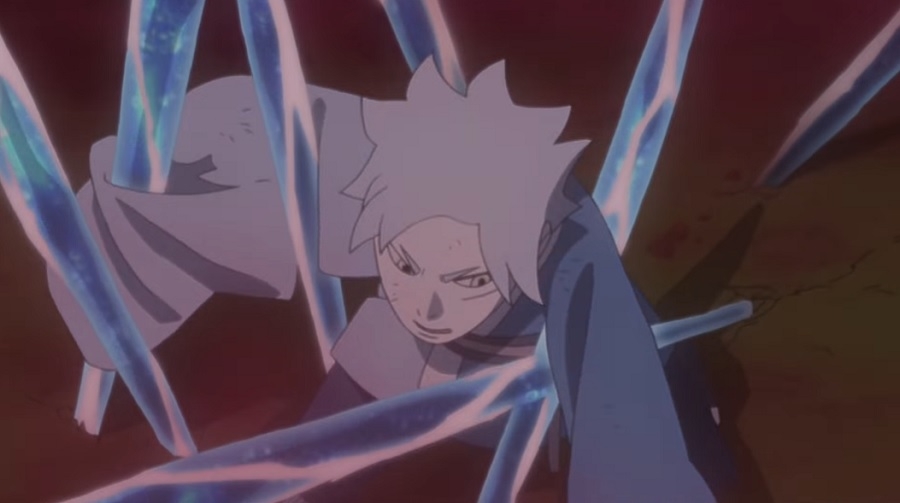 Boruto, Sarada, Mitsuki, and Kawaki’s first encounter with the Kara member named Boro did not go well for them. However, the official preview of “Boruto” chapter 41 might be hinting at a better ending for the revamped Team 7 in this month’s manga installment.

To recap, Kawaki was able to open a portal through the karma seal to the dimension where Jigen left Naruto. However, rescuing the Seventh Hokage has not been easy with Boro guarding the dome-shaped structure where Naruto is sealed. Team 7 and Kawaki will continue their efforts to save Naruto in “Boruto” chapter 41.

It has been widely speculated that “Boruto” chapter 41 would still focus on this fight, despite the several other scenes that could take place in the next part of the story. Luckily, fans no longer have to guess because the continuation of the said fight was seemingly confirmed in a V Jump preview translated by Organic Dinosaur.

The brief teaser for “Boruto” chapter 41 suggests that Team 7 and Kawaki will be using the best of their skills and their full strength in the next push to defeat Boro. This only fuels the prediction that Mitsuki will be using his Sage Mode against the seemingly invincible Kara member.

When Mitsuki first fought Boro, none of his strategies work. Aside from possessing physical strength, Boro uses several ninjutsu unfamiliar to them and can also quickly heal himself even from snake venom. However, the same “Boruto” chapter 41 preview also hinted at the protagonists achieving “rapid growth” during the fight. This level of build up on the improvement of the revamped Team 7 is most likely signaling a success.

There are many things at stake if the reborn Team 7 would not win against Boro. He made it clear in chapter 40 that he does not mind killing Mitsuki if he interferes in retrieving the “vessels” – referring to Kawaki and Boruto who both have the karma seal.

The wait for “Boruto” chapter 41 is now down to just a few more days. The good news is manga fans now have a way to support its official release online for free. It will be available through the website and mobile app of Manga Plus as soon as it is out in Japan on late Friday, Dec. 20.