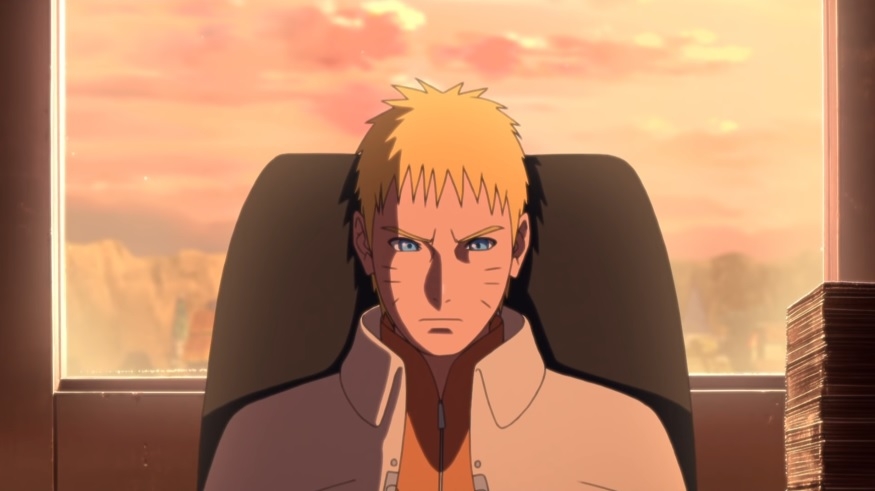 The reborn Team 7, composed of Sarada, Boruto, Mitsuki, and Kawaki, are still facing a huge dilemma in “Boruto” chapter 42. They are still not close to saving Naruto, and this harrowing truth could make Kawaki decide to sacrifice himself for the Seventh Hokage.

To recap, the reborn Team 7 is up against a Kara Inner member named Boro. He appeared fearsome opponent at first. But once the group successfully figured out his scientific ninja tool and its weaknesses, defeating Boro became more plausible.

The latter parts of chapter 41 showed that the reborn Team 7 prepared an ultimate final blow to their opponent. But before they can complete their action, Boro managed to distract Kawaki by threatening Naruto. It can also be recalled that in their earlier fight, Boro commented that he has no business with Mitsuki and Sarada as he only wants to take Boruto and Kawaki to their hideout because of their karma seals.

It then makes sense for Boro to agree to leave Naruto with his son, Sarada, and Mitsuki if Kawaki ends up agreeing to go back to Kara’s HQ with him without a fight. This supposed sacrifice could even be linked to the first-ever scene of the series where Boruto and Kawaki are in the middle of a major battle. However, knowing that Kawaki has practically become an honorary member of Team 7, the young ninjas are unlikely going to easily agree for him to sacrifice himself in “Boruto” chapter 42.

Meanwhile, there are other possibilities for “Boruto” chapter 42. For one, Sarada could finally heal Sasuke. Once this happens, he will certainly go back to the dimension where Naruto is trapped – likely with more reinforcements – and help taking down Boro. In this case, no one would have to sacrifice.

The manga series of “Boruto: Naruto Next Generations” is on a monthly release. This means fans will have to wait literally for the next year to read what happens next. “Boruto” chapter 42 will drop on Jan. 20. Fans outside Japan can read the official copy through the websites of Manga Plus and Viz.