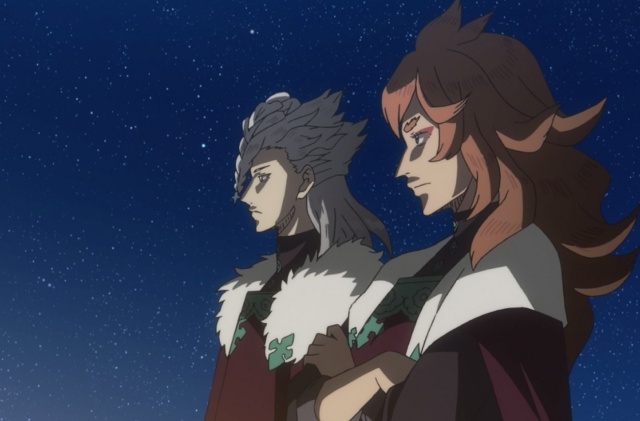 The upcoming “Black Clover” chapter 254 would still be about the Dark Triad leaders’ tales of attacks across the kingdoms. It was previously revealed that they are aiming to unleash and free up the devils into the world, so they are invading and fighting those who will stop them.

It will pick up from chapter 253’s “Bloodshed” story where Lolopechka and Vanica are facing off in a rough fight. This is like a tag battle since Noelle is also with Queen Lolopechka to provide support.

As mentioned, Vanica and Lolopechka are in a battle, and since Noelle is also around to help the queen, the member of the Dark Triad saw how powerful she could be. She acknowledged Noelle’s power but is not intimidated. Vanica is rather to see that someone with that strength can fight alongside Lolopechka.

Lolopechka has a plan, and she shared it with Noelle. They are to do their best in making Vanica unleash her full power because this is the only way that they can defeat her. She started with only 50 percent of her devil’s power, but she increased it every time until she already maxed out her devil magic.

This is what Lolopechka is waiting for because by now, she can call Nero, who can finally seal her powers. The Dark Triad leader used up every bit of her powers that it is the perfect time for Nero to step in and seal her so that the other dominions of the Dark Triad will not be able to heal again when they are hurt since Vanica has been protecting them.

“Black Clover” chapter 254 will show how Lolopechka’s plan worked. They will seal Vanica’s powers and spells through Nero who can use her Sealing magic - Eternal Prison spell to finish the job.

With her devil powers gone, the enemies can now die with the warriors’ attacks because they are no longer protected by Vanica. The Dark Disciples are also in a battle with Mimosa Vermillion, the 5th Class Intermediate Magic Knight of the Golden Dawn and Royal Knights squad member, and she may end the fight with a win.

“Black Clover” chapter 254 will be returning on of June 21, as per VIZ Media. Fans can grab the raw scans on June 19 for more spoilers of this chapter.