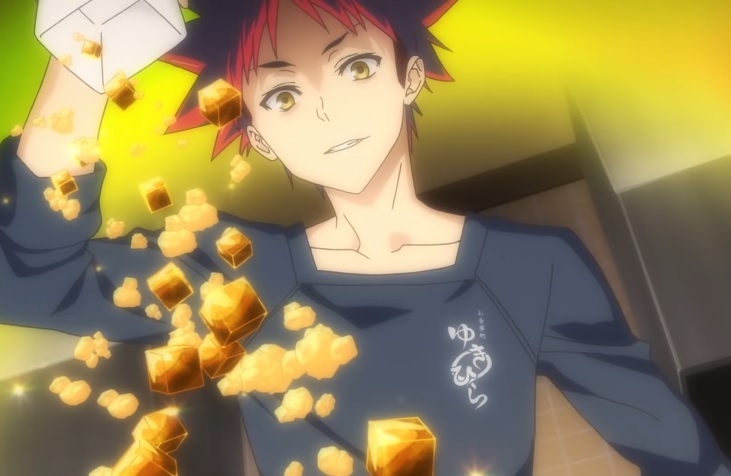 The anime adaptation of Yuto Tsukuda’s “Shokugeki no Soma” has been on hiatus for more than a month now due to COVID-19. On the bright side, producers have finally delivered the good news on when the series would return on return. There is one small caveat, though. “Food Wars” season 5 episode 3 will not immediately be released – but it is for a good reason.

The Fifth Plate is anticipated as the anime’s final installment following the conclusion of the manga series last year. It was then understandable that some fans were quite saddened by the hiatus, despite the very justifiable reason, caused by a pandemic. The good news now is the return of “Food Wars” season 5 has been set, although it is not happening as soon as fans hope it would.

The official website of the series announced that “Food Wars” season 5 will be back on the air starting Friday, July 3. This tracks with the producers’ previous statement of resuming broadcast in the said month.

However, the announcement stated that when the Fifth Plate returns on the air, it will “restart ... from episode 1.” This means “Food Wars” season 5, episode 3 will still not be released on July 3.

This is not exactly a bad decision, though. Since the hiatus will take more than two months, it would help to refresh fans with the latest happenings in the show. This becomes an even better idea if fans consider the fact that the Fifth Plate has already featured significant anime-original scenes. If the series returned to its original weekly broadcast, “Food Wars” season 5, episode 3 should be released on July 24 at 24:30 in Japan time.

Anime fans are about to witness the informal shokugeki between Soma and the suspicious new teacher in Totsuki named Suzuki in “Food Wars” season 5, episode 3. Aside from his earlier taunts aimed at Soma, the rivalry between the two has escalated after they both expressed interest toward Erina.

“Food Wars” season 5, episode 3 could also reveal the result of the said shokugeki. When it does, viewers should have more idea just how much of a threat Suzuki is to Soma.