Binamon NFT Game predicted as the next Axie Infinity; Where to buy BMON coins 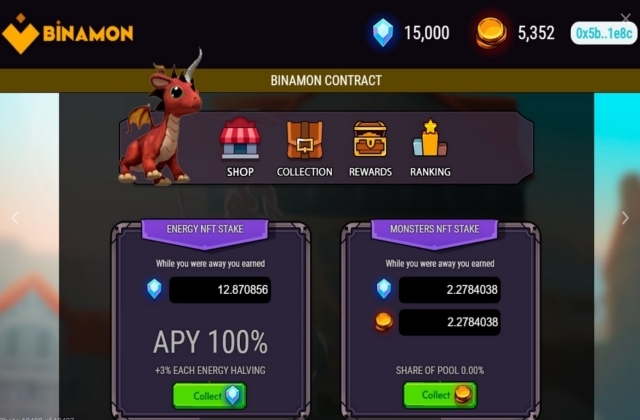 Binamon is another NFT game today that is gaining a lot of attention. After the huge success of Axie Infinity, this game could be next in line.

NFT games are making history, especially when Axie infinity achieved an overwhelming success where its value increased by 20 times, and this happened just within months. This was possible because the game gained a lot of users after the “Play to Earn” was introduced.

This mode of playing to earn money reached a fever pitch, and the market was even more shaken when another NFT game called Binamon introduced its own “Play to Earn.” Binamon’s aim for this is to build a platform that will combine gaming and blockchain in one.

In any case, it was Binamon that brought the playing method of “Pokemon” and “Magic” to the world of Blockchain. It also brought in Digital Monsters that are traded for huge amounts of money. It was mentioned that the most expensive Binamon that can be found in Binance's marketplace bears the price of $7 million.

In any case, Binamon said via a statement that within just 10 days, its value has soared from $2 million to $20 million market cap, plus a throng of new players have swarmed Binamon's metaverse. This means that it sees success in NFT gaming as well.

Binamon is a metaverse of Digital Monsters that dwell on the Binance Smart Chain (BSC). It allows people to join the non-fungible token (NFT) and blockchain-based gaming world in a fun and easy way.

Where to buy BMON coins online

Meanwhile, for people who want to invest and play Binamon, which is said to be one of the best-performing cryptocurrencies today, here are places to buy, sell and trade the Binamon tokens called BMON. Invezz shared that two of the reliable platforms to check out are eToro and Capital.com.

These cryptocurrency brokers are said to offer low fees and an all-around better experience for investors compared to decentralized exchanges (DEXs). After signing up, depositing funds and buying BMON coins will be an easy task.