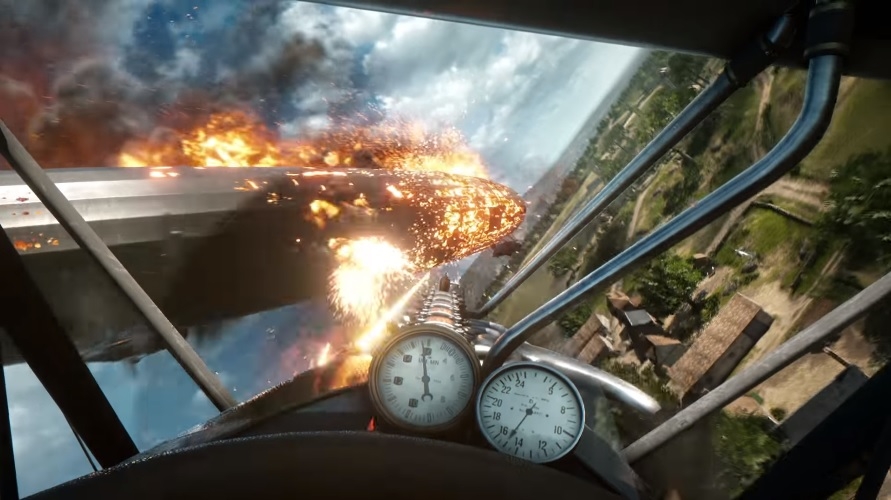 From a trailer of “Battlefield 1” | Photo credit: Battlefield / YouTube screenshot

Amazon Prime Gaming members have a chance to revisit earlier “Battlefield” games for free before the launch of “Battlefield 2042” later this year. The subscription-based service currently offers a free download of “Battlefield 1” to be followed by “Battlefield V” early next month.

Those with an active subscription can now download “Battlefield 1” for free through the Amazon Prime Gaming home page. Proceed to the Games and Loot section and use the Games with Prime filter. The full PC version of the first-person shooter is available to download for free via EA Origin until Aug. 2.

The offer comes with the standard edition of “Battlefield 1.” The code to claim the game for free can be acquired from Amazon Prime Gaming, which can then be redeemed via Origin until Aug. 20.

Fans can then hop on to join the multiplayer action set in World War 2 as Amazon Prime Gaming confirmed it will offer “Battlefield V” for free starting Aug. 2. Amazon is likely to offer the game’s PC standard version as well that includes the episodic War Stories mode where players get to experience the war in different locations and from the perspective of different characters.

While the “Battlefield” downloads come at no cost, the Amazon Prime Gaming subscription is not free. New users can try the service for seven days, after which they will be charged $5.99 per month. Gaming fans who have yet to immerse in the “Battlefield” universe should find these offers enticing since both games are still listed at full prices on Steam.

This has not been the first time that “Battlefield” titles were added to the catalogs of third-party subscription services, and it appears to be part of EA’s effort to allow old and new gamers to revisit the franchise ahead of the “Battlefield 2042” released on Oct. 22 on PC, PS4, PS5, Xbox One, and Xbox Series X/S. The upcoming game is likely an entirely different experience as the action happens in a near-future setting.