‘Battlefield 2042’ earns ‘mostly negative’ reviews on Steam, and only half of ‘Halo Infinite’ concurrent players 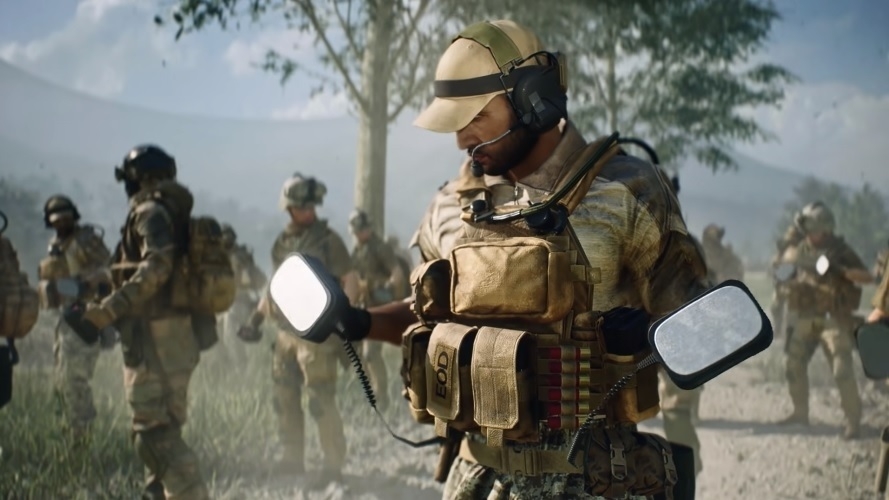 "Battlefield 2042" has become one of the least favored games on Steam less than a week since its official release. EA's game has also failed to come close to the concurrent player record of other AAA first-person shooters launched this season, such as the "Halo Infinite" multiplayer.

The highly anticipated "Battlefield 2042" is yet another game that launched in the last year that players have dubbed as an "unfinished" release. A glance at its Steam page shows that the majority of fans who have played the game have given it a negative review.

Currently, Steam has tagged "Battlefield 2042" as having "mostly negative" reviews after receiving 75 percent of unfavorable feedback out of nearly 43,000 comments since it went live on Friday. Steam250's "Bottom 100" (via Kotaku) list also shows the game is ninth of the "worst Steam games." The first place is still held by Konami's "eFootball 2022."

One Steam player said they could not recommend the game at its current state. "This isn't just a classic Battlefield launch with bugs ... this is a product of poor decision making mixed with, probably, too early of a release date," the review reads. Others have pointed out "missing core features" relating to the game's maps, servers, game modes, and persistent lobbies as some of the reasons they gave "Battlefield 2042" a negative review. One comment simply stated the game felt "blatantly unfinished."

One of the fewer positive reviews recommended "Battlefield 2042" because of the Battlefield Portal mode. Another player said that while the negative comments are valid, they still had fun playing the game. One review also believed the game has an "amazing core," such as the game's visuals and background story.

The last quarter of 2021 is packed with AAA first-person shooter releases, so the expectations on "Battlefield 2042" were understandable high. Sledgehammer Games launched "Call of Duty: Vanguard" earlier this month. Xbox also surprised fans with the release of "Halo Infinite" multiplayer beta last week.

On the same day, "Halo Infinite" recorded more than 208,000 concurrent players, but its all-time peak in less than a week has reached 272,586 already. The beta launch of 343 Industries' latest game was also met with criticisms. Unlike "Battlefield 2042," the "Halo Infinite" multiplayer is free-to-play in beta and when it officially launches on Dec. 8, so this may have helped in driving up the game's traffic.