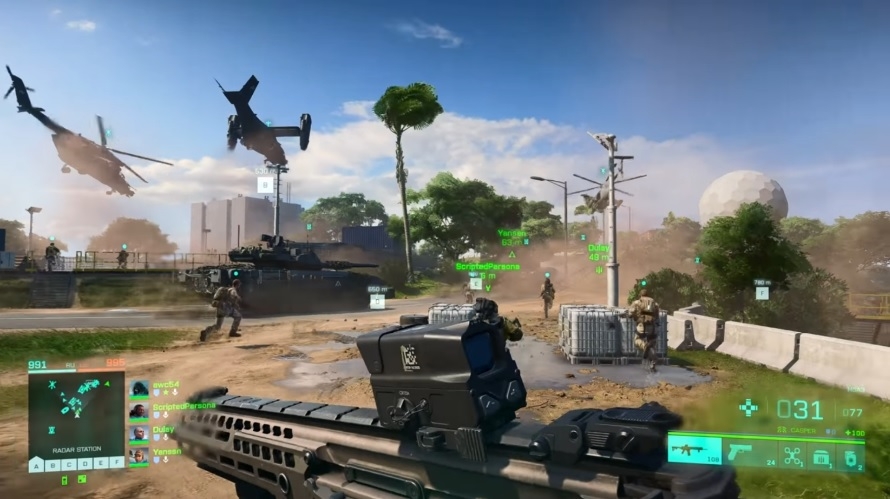 The wait for the “Battlefield 2042” open beta is almost over. Players, however, need to prepare a few things before the free demo goes live and take note of its anticipated file size, especially those who plan on playing it on consoles.

There will be two segments of “Battlefield 2042” open beta this month. The first round is exclusive to fans who pre-ordered the game and those who have an active EA Play membership, which will start on Wednesday, Oct. 6. It will be followed by the free-for-all open beta on Friday, Oct. 8.

When EA released the “Battlefield 2042” open beta details, 100GB of available hard drive space was listed as one of its minimum PC system requirements. It was then a little unexpected when Twitter page PlayStationSize initially reported that the demo’s file size on PS5 is only 16.861GB before EA applied any update. But a new tip from the Twitter page indicates the file size went down to 16.506GB.

The “Battlefield 2042” open beta will be available on all platforms where the game will launch next month, namely PC, PS4, PS5, Xbox One, and Xbox Series X/S. But EA also confirmed that Xbox users would need an active Xbox Live Gold subscription to access the demo. PS4 and PS5 players can join the beta even without a PS Plus membership.

EA will not restrict beta testers from sharing their plays online. In an FAQ page, the “Battlefield 2042” publisher said, “We encourage players to have fun, share the experience with friends, and capture as many only-in-Battlefield moments as possible.” However, any progress made during the open beta will not carry over the full version of the game once it goes live on Nov. 19.