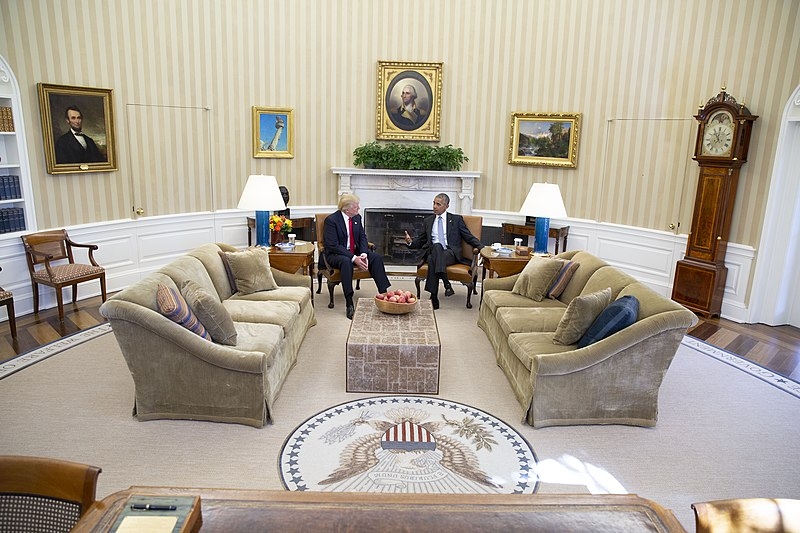 Although former President Barack Obama has been largely silent whenever his successor Donald Trump would often disparage him on social media and in public, this year has brought Obama into speaking up against him. At a recent campaign event for Joe Biden in Florida, Obama blasted Trump for his behavior during the most recent 60 Minutes interview.

The former president held a campaign event for Biden supporters in the swing state of Florida, a socially-distanced drive-in campaign event where he ripped into Trump for his behavior on the interview with Lesley Stahl. This also comes as there is less than a week to go until the November elections and as many Americans have already voted. The Florida event also marks the second time since officially joining the campaign trail a few days prior.

“He likes to act tough and talk tough,” said Obama. “He thinks scowling and being mean is tough. But when ‘60 Minutes’ and Lesley Stahl are too tough for you, you ain’t all that tough,” added the former president.

Biden already maintains a good lead over Trump in many public opinion polls in several of the swing states he needs to win the presidency. Trump has often made his disdain for his predecessor known and easily compared the number of attendees during the Biden campaign event to his event when he held a rally in the state the next day.

During his eight-year tenure in the White House, Obama met with Prince Charles, the Duke of Cornwall at the White House back in 2015. This was in part of the Prince stepping in on behalf of the Queen in her duties. With the media president, Obama told Charles that Americans are very fond of the Royal Family and joked that they prefer the Royal Family more than politicians.