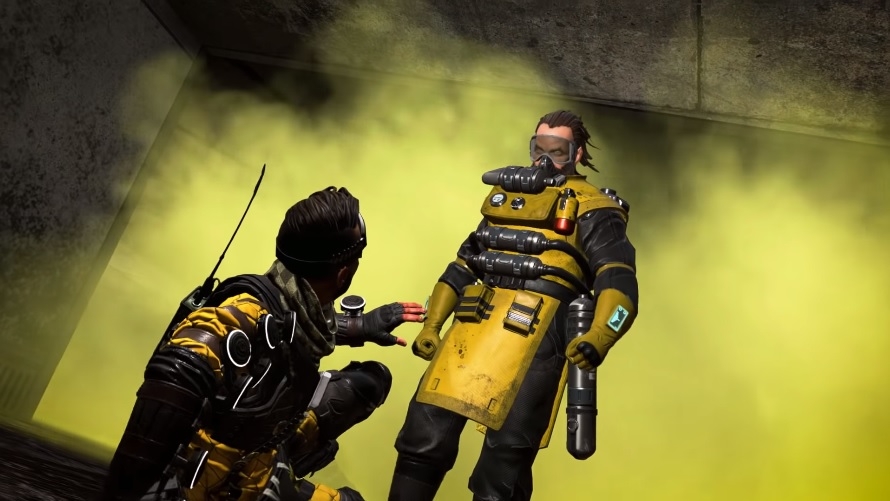 The tenth season of “Apex Legends” is well underway, but a new report suggested that Respawn Entertainment is gearing up for a massive return of fan-favorite skins soon. Several cosmetic items from earlier updates are reportedly making their comeback in the second half of the Emergence patch.

The report comes from well-known “Apex Legends” leaker Shrugtal. Over the last week, the tipster has been updating fans on Twitter on the rumored Legends skins scheduled to return in the game before season 10 concludes and in future updates.

Necrosis is also making a comeback in the next patch. pic.twitter.com/rjRGLQ9DSd

Most recently, Shrugtal reported that the Necrosis skin is “making a comeback in the next patch.” It can be recalled that Necrosis was one of the Legendary skins Respawn released for Caustic. Necrosis originally launched during the “Apex Legends” System Override Collection Event in season 4. Since the skin is rumored to come back in the “next patch,” it likely means fans will not see it return until season 11, which should be released in December.

Meanwhile, The Centurion Legend skin is also reportedly planned to return within the Emergence patch. It first came out in 2019 as part of the Iron Crown event as a skin for Bloodhound.

Another skin from the System Override event is expected to come back in the game. Crypto’s Whitelisted skin, which gave him a cool white coat with an overall cyberpunk theme. Unlike Necrosis, though, Whitelisted is rumored to be featured during the Emergence patch.

Another “Apex Legends” skin expected to come back in season 10 is Bloodhound’s Great Winter outfit. Unlike The Centurion, this cosmetic gives Bloodhound white-themed skin and comes with a samurai hat instead of a warrior helmet. Note that this requires the Imperial Warrior skin.

Wraith’s Flashpoint skin, which can only be used with the Vengeance Seeker skin, is also rumored to return this season. Also returning in the same time frame is Mirage’s Dark Artist skin that can be purchased if players already have the Ghost Machine skin.

Shrugtal did not provide a specific release date for the OG skins coming back to the “Apex Legends” store. However, the leaker has said that for the mentioned skins, except Necrosis, they will be available within the second half of the Emergence patch.