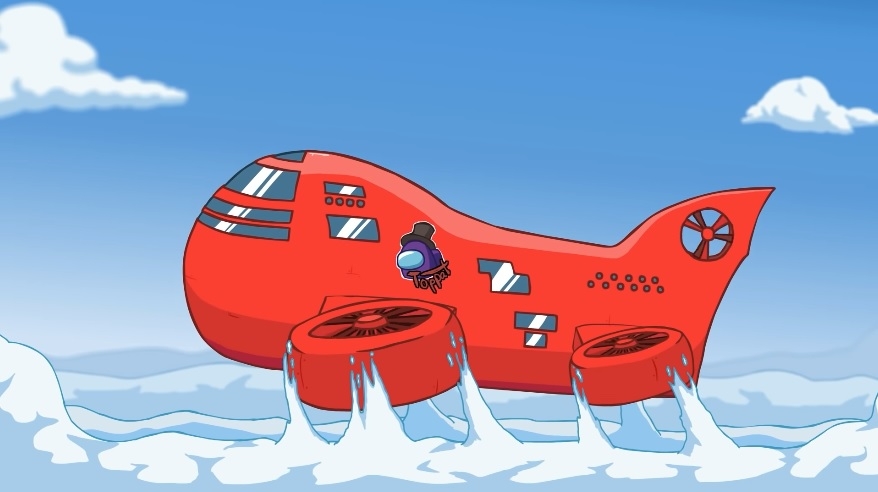 From the Among Us: Airship trailer | Photo credit: Innersloth / YouTube screenshot

The popularity of “Among Us” continues and its massive fanbase is getting a free update before the month ends. It will deliver the much-awaited new map called Airship that developer Innersloth says is going to be the biggest yet that they have added to the game.

‘Among Us’ update: What to expect from the Airship map

After months of waiting, Innersloth finally revealed when the Airship is going to launch. In a new developer update on Thursday, the free “Among Us” content is confirmed to go live on March 31 along with other new features and bug fixes.

Fans got a glimpse of the Airship map in its first trailer revealed during The Game Awards last December. The post released this week did not provide specific details about the upcoming “Among Us” map. But Innersloth reiterated that it is going to be the biggest map ever with new tasks, new skins, and the option to choose from which room the crew will start the game. Fans can also expect new ladders once the free update goes live later this month.

It has been a while since Innersloth updated the “Among Us” map playlist, but considering the size of the indie studio, fans should be able to understand why. The developers have also been explaining that its surge to popularity in 2020 brought up new issues that the developers needed to prioritize to provide a good gaming experience for everyone.

‘Among Us’ developers are finally launching an account system

Aside from the fixing bugs that came with the influx of new active players throughout 2020, one of the issues that Innersloth had to unfortunately face is the spread of cheat codes and hackers that could ruin the experience for most fans. This has highlighted the need for “Among Us” to have an account system, which will become available in the March 31 update as well.

The addition of an account system also took time because Innersloth had to consider several important aspects for the feature such as account servers, privacy policy, programming, legal technicalities, and how moderation would work. Innersloth stated that they could have opted to launch the Airship before the account system but the studio did not feel it was the best decision. “It would be wrong to launch the new map, get all hyped, and pretend like there were no issues with toxicity,” the “Among Us” developer added. “So these two things needed to launch together.”