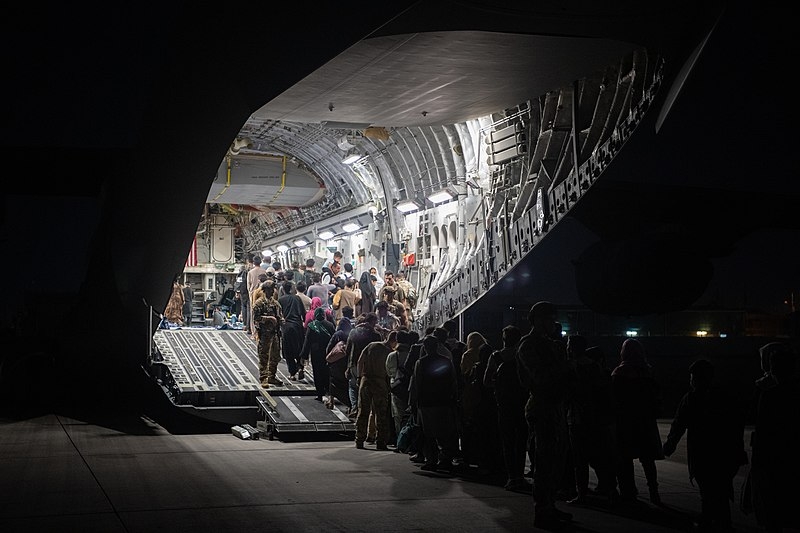 Evacuation efforts are still ongoing for Afghans, and American citizens who want to flee the country as the insurgent group Taliban has taken control. Recently, the United Arab Emirates permitted an Afghanistan evacuation flight to leave for the US after getting temporarily blocked.

Al Jazeera reports that the UAE’s foreign ministry said that an Afghanistan evacuation flight of American citizens and Afghans had been granted permission to travel to the US as they were temporarily prevented due to vetting. A lawyer working to relocate the 117 passengers, Stan Bunner, told the outlet Wednesday that they had been stranded at the airport in Abu Dhabi after arriving from Kabul. Bunner explained that the passengers were US citizens, permanent legal residents, or special immigrant visa applicants, which also include 59 children under 18 years old.

Bunner, who is part of a group of US veterans called Project Dynamo, also said that the US Customs and Border Patrol denied the plane permission to enter the US. Bunner said the group’s organizers thought they had full permission to land in the US when the Kam airline that was chartered for the evacuation took off from Kabul.

This follows the comments of a US Department of Homeland Security spokesperson, who had said that all passenger-manifests of flights bound for the US must already be verified prior to departing to make sure all the passengers are screened. A spokesperson for the US State Department also said Wednesday that UAE embassy staff were vetting the passengers’ paperwork.

Since the complete evacuation of the US and its allies from Afghanistan, over 130,000 Afghans and American allies, and citizens have been brought out of the wartorn country that collapsed to the insurgent group. The US generals, including Pentagon chief Lloyd Austin, testified before the House and Senate Armed Services Committees this week regarding the withdrawal.

During their testimony to the House Armed Services Committee, US Central Command head Gen. Frank McKenzie said that the almost immediate collapse of the Afghan government to the Taliban was linked to the agreement made between Donald Trump and the Taliban during his presidency. McKenzie explained that once the troop presence of the US went down to 2,500, the western-backed Afghan government had begun to unravel.

“The signing of the Doha agreement had a really pernicious effect on the government of Afghanistan and its military -- psychological more than anything else, but we set a date -- certain for when we were going to leave and when they could expect all assistance to end,” explained McKenzie, referring to the 2020 agreement Trump made with the Taliban in Doha, Qatar.