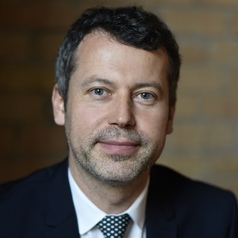 The author has been on a research visit at the Da Nang University of Economics since February 2020. The article is based on his personal observations, exchange with local residents, and independent research based on public sources.

If anything has distinguished the Covid-19 epidemic, it has been the wide range of countries’ responses and how in turn they’ve been hit by the virus. China was the epicenter and responded with a severe lockdown in Wuhan and other affected cities. Then came Iran and Italy, and soon France and the United Kingdom, all of which reported tens of thousands of deaths and went through extended lockdowns. As of May 18 the United States has reported more than 60,000 deaths, and the epidemic has yet to be brought fully under control, as is also the case for Brazil and other nations.

A notable exception to all the grim national statistics is Vietnam. At the time of this article, it has had only 55 active Covid-19 cases and zero deaths, and in the 21-day sequence between April 16 and May 7, 2020, it reported zero new infections. It is worth emphasising that Vietnam is one of the poorest nations in Southeast Asia, with GDP per capita of barely $2,500 – 13 times less than Italy and 25 times less than the United States. Moreover, it shares a 1,444km-long border with China and relies heavily on Chinese imports and exports. Finally, Vietnam’s population is roughly 100 million, making it one of the most densely populated countries in the world.

The case of Vietnam indicates that wealth is not necessarily a key factor in a country’s ability to successfully combat Covid-19. Given the nation’s precarious financial health, the government did not want to take the risk of jeopardising the health services provided to its citizens in case the disease was suddenly too widespread to curb. Rather than relying strongly on the recommendations of World Health Organization (WHO), with its stage 1-4 model, the Vietnamese government took the highly prudent approach of assuming the possibility of a full-blown pandemic.

When the number of Covid-19 cases in China sharply increased in the last week of January, Vietnam decided to seal its northern border. On January 28, major tourist destinations such as Da Nang and Nha Trang stopped receiving Chinese tourists. By comparison, a similar ban was issued in the United States on February 4, but with plenty of exceptions and range of discretions granted to airlines out of the fear of immediate and significant economic costs. By February 26, Vietnam had limited the number of coronavirus cases to 16 and all of those affected had recovered. At the same point, Italy confirmed about 455 active cases and the number of newly infected individuals was growing dramatically at a pace of several hundred per day.

A turning point in Vietnam came in early March. Tourists and Vietnamese nationals returning to the country brought the disease back home and the country entered a second wave of infections. On March 21 authorities began imposing a 14-day quarantine on all foreign arrivals, as well as on the establishments they visited. Local administration meticulously traced each single person who may have been affected, and quarantined entire streets as well as villages out of the fear of epidemic outbreak.

The decisions sparked a wave anxiety in local population. The number of cases was still very low compared to other countries, but residents were getting the impression that the virus was unstoppable. It had already been eradicated yet had returned, this time from Europe. At the end of March, Vietnam decided to impose a quasi-quarantine. Restaurants, cafes, shops, and businesses catering to the public were shut down and street vendors were told to stay home. This decision seemed heavy-handed, especially in the cities and regions where there had been no active cases, but was an integral part of the prudent Vietnamese strategy of combating Covid-19.

Vietnamese scientists develop their own test for Covid-19 as early as January and managed to improve it to provide results within 80 minutes with a 90% accuracy. In comparison, a Korean quick test has an accuracy that was 5 percentage points lower. In March, Vietnamese tests began being produced at scale and was marketed abroad at a cost ranging from 16 to 24 euros.

The economy at a standstill

Economic activity in Vietnam slowed down due to the early restrictive measures and partial lockdown. It hit hardest the travel and hospitality sectors. Most of the hotels in the country are closed and domestic flights have been halted. The poorest part of the population, such as street vendors and hawkers suffer most. Local authorities provide free face masks and rice to these people from the so-called “rice ATMs” located in main cities. Moreover, the government began paying out monthly benefits to those who have no unemployment insurance.

On April 23 the quasi-lockdown came to an end and the country reopened for business. While the optimism in the streets is palpable, it will take a while before Vietnam reopens internationally. In the most likely scenario, Vietnam would allow some tourist and business exchanges with China, which claims to have only a limited number of active cases at present.

While the future remains uncertain, the Vietnamese example reminds us that having extensive financial resources is neither necessary nor sufficient to successfully fight an epidemic.