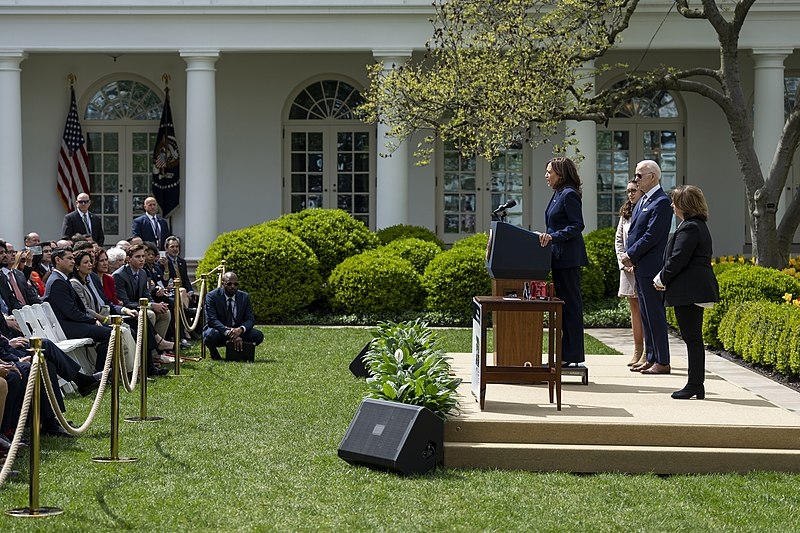 Months after a leaked majority draft opinion by the Supreme Court overturning the landmark Roe v. Wade ruling, the US is bracing for the formal striking down of the abortion rights law. Vice President Kamala Harris met with the Democratic Attorneys General to discuss a possible defense when the decision is made in the coming days.

In a report by Reuters, Harris held a meeting with seven Democratic attorneys general Thursday to discuss the possible defense against the court’s opinion that would reverse the landmark abortion rights ruling. The Conservative-majority high court is expected to issue the final decision in the coming days, which will potentially allow states to either ban or impose restrictions on the procedure.

“We will start preliminary discussions about how state attorneys general have power, may have the power at the very least to issue guidance to ensure that people of their state know their rights, that they have the power to assess and potentially challenge the constitutionality of laws that are being passed in their state,” said Harris.

Harris also said that for those attorneys general who also has jurisdiction in criminal prosecution in their states, the discussion would be on how they can direct enforcement resources that will ensure the safety and well-being of those who will be affected by the ruling.

The meeting between Harris and the state attorneys general is a sign that the White House appears to be anticipating the court’s final decision that would overturn Roe v. Wade, the leaked draft having already caused public outrage among lawmakers and activists who support bodily autonomy for women.

The White House Task Force to Address Online Harassment and Abuse would be co-chaired by the Gender Policy Council and the National Security Council, which will include Cabinet officials and other agency heads and officials, advocates, and survivors.

“The tragic events in Buffalo and Uvalde have underscored a fact known all too well by many Americans: The internet can fuel hate, misogyny, and abuse with spillover effects that threaten our communities and safety online,” the fact sheet on the initiative said.