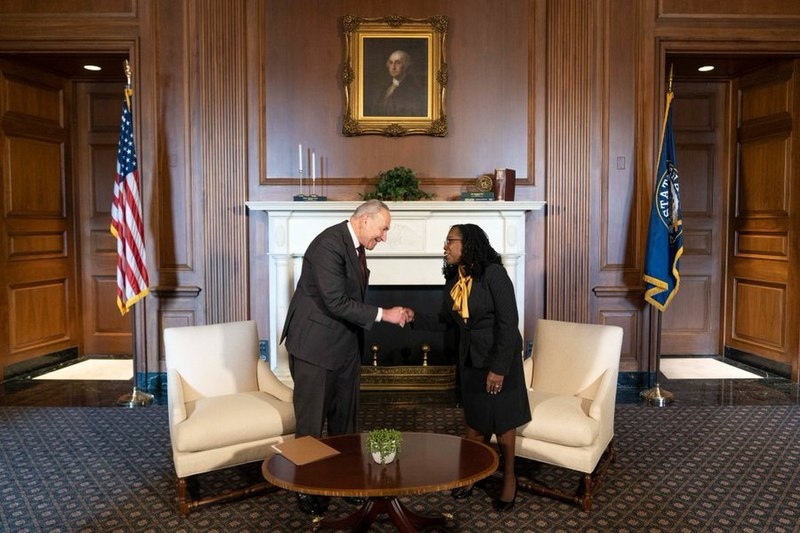 The confirmation of US President Joe Biden’s Supreme Court nominee Ketanji Brown Jackson appears inevitable even after the deadlock within the Senate committee to advance her nomination. Jackson cleared the hurdle by the committee’s Republican members as she secures two more GOP lawmakers who announce their intentions to vote to confirm her.

Jackson cleared a procedural hurdle Monday when the evenly divided Judiciary Committee went into a deadlock with all Democrats in support with unanimous opposition from the committee’s Republicans. Two more Republican Senators signaled their support for Jackson, breaking the deadlock that will inevitably confirm her to the high court.

Republican Senators Lisa Murkowski and Mitt Romney announced their intention to vote to confirm Jackson, as she will be succeeding retiring liberal justice Stephen Breyer. Senator Susan Collins announced last week that she would be voting to confirm Jackson. All three supported the procedural Senate vote to bring her nomination to the floor alongside unanimous Democratic support.

Murkowski, Romney, and Collins all voiced concerns regarding the increasing partisanship when it comes to the Supreme Court confirmation process.

Jackson is expected to have all 48 Senate Democrats and two Independent lawmakers in the Democratic-controlled Senate. While her confirmation would make her the first Black woman to become a Supreme Court justice, it would not change the ideology of the court, which currently holds a 6-3 conservative majority.

Democratic Senate Majority Leader Chuck Schumer said that he intends to put in motion the process for a final Senate vote on Jackson later this week. Democratic Senate Judiciary Chair Dick Durbin noted Monday that the panel has voted to confirm Jackson three times in previous posts, while also criticizing the attacks made on Jackson by Republicans in the committee.

The attacks made by the Republican members of the Judiciary Committee on Jackson were, according to Democratic Senator Sheldon Whitehouse, were given to them by conservative dark money groups.

Speaking with Lawrence O’Donnell on MSNBC, Whitehouse linked the talking points his Republican colleagues made in their attacks on Jackson to a number of conservative dark money groups.