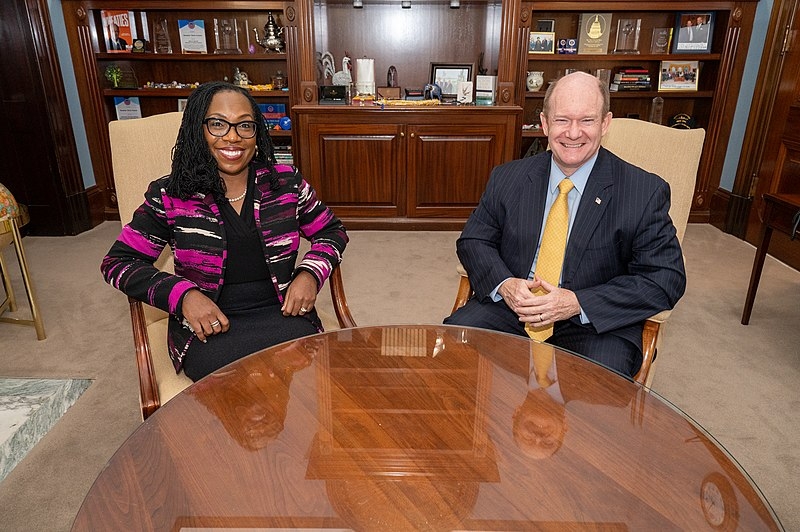 This week marks the start of the Supreme Court confirmation hearings at the US Senate for President Joe Biden’s nominee Ketanji Brown Jackson. Jackson appeared before the Senate Judiciary Committee, where the lawmakers weighed her nomination.

Jackson appeared before the Senate Judiciary Committee Monday to defend her career as lawmakers from both sides weighed her nomination to the high court. If confirmed, Jackson will be succeeding Justice Stephen Breyer, who will be retiring this year and become the first Black woman to sit at the Supreme Court bench.

“I have been a judge for nearly a decade now, and I take that responsibility and my duty to be independent very seriously,” said Jackson during her testimony. “I decide cases from a neutral posture. I evaluate the facts and I interpret and apply the law to the facts of the case before me, without fear or favor, consistent with my judicial oath.”

Monday’s hearing marks the first of four days of hearings at the Senate, after hours of opening statements from each member of the Senate Judiciary Committee. Lawmakers will begin to question Jackson in the next three days.

Democrats in the committee lauded Jackson’s career, while Republicans predictably raised concerns on some of Jackson’s past rulings and judicial philosophy. Jackson’s hearings also come as the Democratic-controlled Senate can confirm her even without support from Republicans.

“This is a momentous occasion and you have much to be proud of,” said Democratic Senator Dick Durbin, who chairs the committee. Durbin also pushed back on the criticism coming from Republicans who claim that Jackson is “soft on crime” and those who say that Jackson will serve as a “rubber stamp” for the Biden administration. Durbin said such claims were “baseless.”

Among the Republican lawmakers that have tried to levy such criticism towards Jackson is Missouri senator Josh Hawley, who accused Jackson of arguing that certain child pornography offenders are not as serious. However, according to columnist Steve Benen in a piece for MSNBC, Hawley’s attempt to smear Jackson ended up backfiring.

Benen explained that once Hawley tried to make such accusations towards Jackson, many fact-checkers immediately dismantled his claims.

Benen cited the conclusions of fact-checkers from the Associated Press, CNN, and the Washington Post, who all came to the same conclusion that Hawley’s accusations “don’t stand up to scrutiny.”

Ian Millheiser of Vox also called Hawley’s claims “genuinely nauseating,” while Andrew McCarthy of the conservative National Review said that the Missouri Republican’s attempt to smear Jackson with the accusations “appears meritless to the point of demagoguery.”