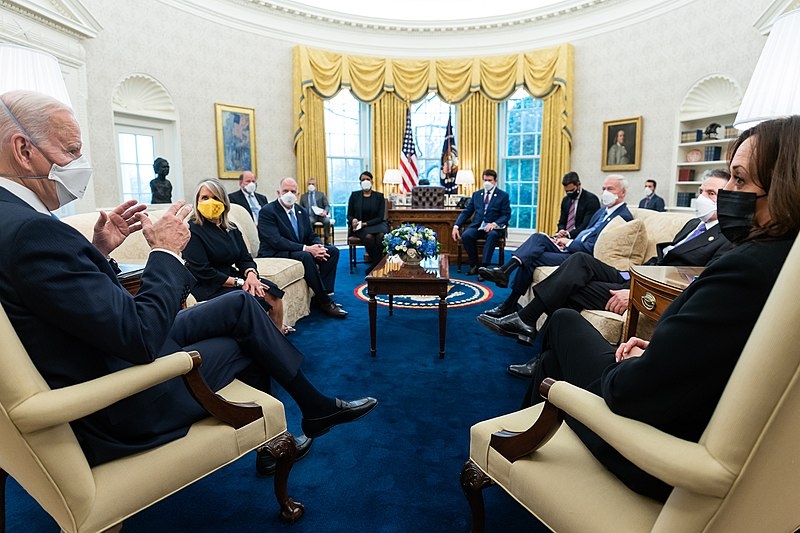 US President Joe Biden has also been reaching out to lawmakers from both political parties for advice on who he should nominate for the Supreme Court. In another effort to get more input, Biden met with Democratic lawmakers of the Senate Judiciary Committee at the White House this week.

Biden met with the 10 Democratic lawmakers of the committee Thursday evening at the White House to discuss who he would nominate as the first Black woman on the Supreme Court. The US leader is set to name a candidate who would replace Supreme Court Justice Stephen Breyer, who is looking to retire at the end of the court’s term this year, provided that his successor is already chosen and confirmed by the Senate.

Senate Judiciary Committee chair Dick Durbin told reporters at the White House after the meeting that they shared their recommendation as to who Biden should choose. Despite the recommendations, Durbin said that the lawmakers assured Biden that they trust his judgment and will choose the right person.

“But mainly the message was, ‘We trust your judgment, Joe Biden, when it comes to choosing the right person,” said Durbin.

This was also echoed by Rhode Island Senator Sheldon Whitehouse. “We are all excited about the candidates we have heard about. We all have enormous confidence in President Biden’s judgment. We are very aware of the historic nature of this appointment and very proud of that,” said Whitehouse.

Prior to meeting with the senators, Biden said in his interview with NBC News that he is already narrowing down the list of candidates.

In other related news, Biden has already warned Americans who are currently in Ukraine to leave the country as tensions in the region have raised fears that Russia may invade at any time. In his interview with Lester Holt on NBC News, Biden said that Americans in Ukraine should leave immediately.

“American citizens should leave now,” said the US leader. “It’s not like we’re dealing with a terrorist organization. We’re dealing with one of the largest armies in the world. It’s a very different situation and things could go crazy quickly.”