US: Biden administration to make another attempt to end Trump-era 'remain in Mexico' policy 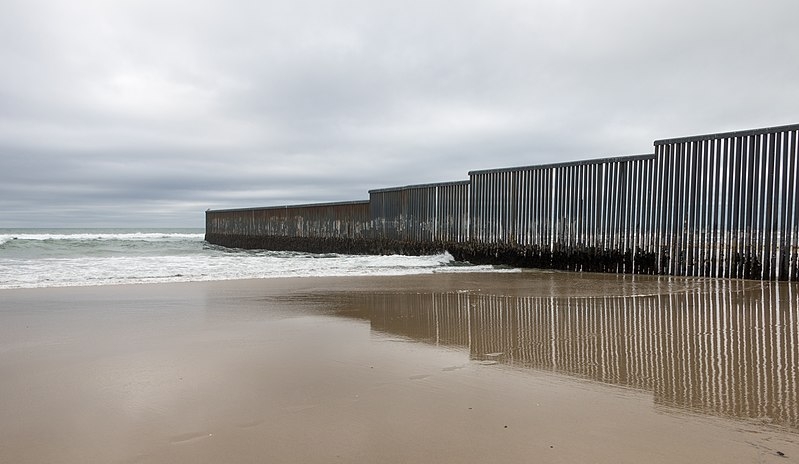 The administration of US President Joe Biden is set to make another bid to end an immigration policy that was implemented under the previous administration. The Department of Homeland Security said several thousand migrants looking to enter the United States would gradually be allowed to do so to pursue their asylum claims.

The DHS issued a statement Monday saying that several thousand migrants will gradually be allowed to enter the United States and pursue their asylum claims.

The agency said migrants would no longer be enrolled in the Migrant Protection Protocols program, and those who are waiting in Mexico will be removed from the program and allowed entry into the US as they return for their next scheduled court dates.

This comes as the Supreme Court ruled in favour of the Biden administration to end the MPP, which placed non-Mexican migrants back in Mexico to wait for the resolution on their US cases, which can take years.

Also known as “Remain in Mexico,” the program was launched in 2019 under Donald Trump’s administration, which forced over 65,000 non-Mexican migrants to seek asylum back across the border, where they waited for the cases in dangerous living conditions.

Biden ended the MPP program shortly after he took office in January 2021 in an effort to reverse the hardline immigration policies of his predecessor. However, a federal judge blocked the termination of the program in August 2021, forcing the administration to restart the program and appeal the decision to the Supreme Court.

DHS statistics showed that as of July, almost 5,800 migrants were sent to Mexico under a revised version of the MPP program.

Meanwhile, a bipartisan piece of legislation was introduced in the House and the Senate Tuesday, that would provide a pathway for Afghan refugees to receive American citizenship.

The legislation would expand eligibility for Special Immigration Visas or SIVs beyond Afghans who previously worked for the US and those who served with US forces in Afghanistan, and to Afghan women who served in special counterterrorism units.

Similar versions of the bill were introduced on the day marking the first anniversary of the US military withdrawal from Afghanistan.

“We must keep our commitment to provide safe, legal refuge to those who willingly put their lives on the line to support the US mission in Afghanistan,” Democratic Rep. Earl Blumenauer, who co-sponsors the bill with Republican Rep. Peter Meijer, said in a statement.