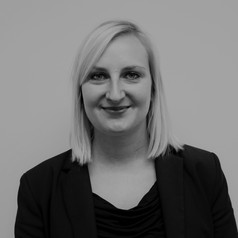 Toby Willison, a senior executive at the UK’s Environment Agency, is departing for the private utility firm Southern Water. Willison has been with the agency since 2002 and is currently its director of operations. The Guardian and Daily Mail report concerns that this is yet another example of regulators enjoying a “cosy relationship” with a regulated industry, though a spokesperson for the EA and Willison said that once he accepted the new job “clear rules around conflict of interest” were put into place.

The matter has not been helped by Southern Water pleading guilty to failures in its sewage treatment sites after an investigation by the EA. Campaigners have accused the EA of lax supervision of the industry, arguing that the agency is too slow to act when companies fail to adhere to environmental standards.

Willison’s move is not an isolated case of the “revolving door”. For instance, Stephen Lightfoot recently became chair of the UK’s medicines regulator after thirty years in the life sciences industry. And there are rumours that Paul Dacre, former editor of the Daily Mail, may be appointed as chair of Ofcom, the broadcasting regulator.

I currently lead a three year UKRI-funded project on industry influence on regulators. So what does the academic research tell us about the “revolving door” and its effects?

The best studies on the subject focus on US regulatory commissions. In contrast to most other regulators, these bodies take some regulatory decisions by vote and the records are public. This makes empirical study of this difficult subject more feasible.

Chairs of British regulators lack this type of direct power over individual regulatory decisions. The findings may still not be of great comfort to anyone worried about Paul Dacre’s potential appointment to Ofcom.

But what about people who move to the regulated industry from the regulator? Are they rewarded with lucrative jobs for being lax regulators? The best evidence again comes from a study of the US FCC. Surprisingly, commissioners who moved to jobs in the industry after their time as regulators were less likely to vote in favour of the industry’s interest.

However, this behaviour reversed in the commissioners’ last year before leaving the regulator, during which they were more likely to vote in favour of the industry. In light of these findings, it is possible that people moving to the regulated industry are partially “rewarded” for being competent in their regulatory jobs, rather than for being “soft touches”.

The relatively weak effect of the “revolving door” has also been confirmed in another classic US study on the subject, as well as in a high-quality study focused on nursing home inspectors in Australia. This study found that another explanation for lax enforcement by inspectors was their workload: giving a tough assessment of a particular nursing home involved a lot of further work, which a favourable assessment did not.

Research also shows, however, that some relationships are indeed “cosy”. Perhaps the starkest example of this is the relationship between BP and the US Mineral Management Service, which was disbanded after the 2010 Deepwater Horizon oil spill. In this case, regulatory officials and industry workers had often known each other since childhood. This, however, is not regarded as the only cause of the immense regulatory failure that resulted in this environmental disaster.

Overall, existing research highlights that the effects of the “revolving door” exist but are not as powerful as often assumed. This is not to say that regulators are not too lax on regulated industries, or that the performance of the UK’s Environment Agency has always been exemplary.

But it is an important reminder that we need to carefully assess the causes of a lack of effective regulation. Industry influence may play a role, but there are other potentially important causes too, such as a lack of resources: being tough on the regulated industry is far more resource-intensive than being lax. This matters when resources are stretched.

Southern Water have hired Willison for the role of natural environment and capital director. The company has said that the move signals a shift to a greater focus on environmental issues.

It is often assumed that people moving from industry to a regulator are “too lax” because of their close personal links to the people there are supposed to be regulating. In this case, then, there is hope that Willison’s strong ties to the EA will ensure he leaves no stone unturned to prevent the type of behaviour Southern Water has recently admitted to.