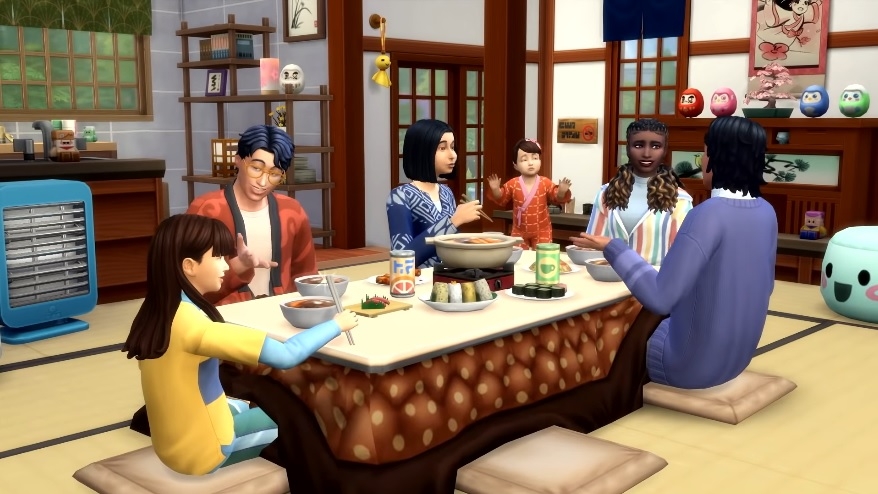 Fans of Maxis’ life simulation game franchise have been waiting for years to hear about “The Sims 5.” Now, an allegedly leaked lineup of EA Play Live 2021 announcements claimed the next game will be unveiled with a trailer and release window confirmation.

A detailed list of supposed EA Play Live 2021 was recently posted on 4Chan and has since been shared on other platforms like Reddit. Since this is EA’s annual presentation, it is not surprising to see a hefty lineup of announcements. But one of the most interesting parts of the alleged leak is the information about “The Sims 5.”

The leak claims EA is going to finally announce “The Sims 5,” but the game publisher is rumored to confirm more than its ongoing development. EA will reportedly release a teaser trailer and another video of an interview with Maxis developers, along with the confirmation that it is slated for a spring 2022 launch.

It has been more than six years since “The Sims 4” was released, so it is not surprising how much fans are excited to learn about the next game. But EA and Maxis have been mum about its development and have not even confirmed whether work on the next title has already started. But there have been reports that “The Sims 5” is in the works as early as 2018.

Earlier this year, the Sims Community claimed further that Maxis is “deep in development” of the game and that it would “prototyped in Unreal Engine.” Speculations peaked in early 2020 that “The Sims 5” could feature online multiplayer gameplay after EA CEO Andrew Wilson suggested that some elements of “The Sims Online” might be revisited as Maxis works on the future of the franchise.

EA Play Live 2021: What to make of the recent leak

Aside from the annual EA Sports releases, the same EA Play Live 2021 leak claimed that the publisher will present all-new games, including DICE’s “Battlefield 6,” an episodic title “Kaitlyn’s Journey,” and a game about the Miss Universe pageant. It is worth noting that each game mentioned in the list is accompanied by trailer details and release windows that EA is supposedly making public during the presentation.

While 4Chan has been a source of some legitimate leaks before, it has also become a notorious platform where fake information can be easily posted. Despite the details in the supposed EA Play Live 2021 leak, fans are still advised to take this with a grain of salt and wait until the event takes place, likely in June.