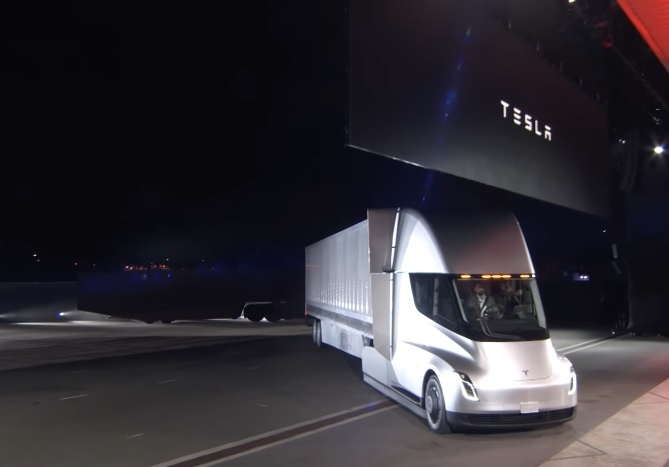 There have been a couple of changes in the planned production timeline for the Tesla Semi that has moved its release date window a couple of years later. Reports have it that another change of plans could be on the horizon, although it might speed things up as Elon Musk purportedly wants the Semi to enter “volume production” soon.

The Tesla Semi is one of the upcoming products that the automaker has already announced. It is different from the other vehicles, such as the Cybertruck and the Roadster, because the electric semi-truck is marketed toward companies. But it does not change the fact it is one of the major projects Tesla has in the pipeline.

CNBC reported on a memo where Musk purportedly expressed his preference to start the production of the Tesla Semi. “It’s time to go all out and bring the Tesla Semi to volume production,” Musk said without giving a more specific timeline. The same document reportedly confirmed that the limited production of Tesla Semi has been going on for a while now and the company has made improvements in “many aspects of the design” in the process.

Production of the Tesla Semi is aimed to take place in several Gigafactories across the United States. In the same memo, Musk reportedly noted that the Semi’s battery and powertrain would be produced in its Nevada plant while other parts will be made in its other US factories.

Tesla unveiled a prototype of the Semi in an event in November 2017 with an initial plan to release it by 2019. Plans were later changed with the promise of delivering “limited volumes” of Tesla Semi by 2020. But that was eventually scrapped, too, leading to the latest target of starting production by 2021.

A 300- and 500-mile range are the currently planned variants of the Tesla Semi with base prices at $150,000 and $180,000, respectively, while the Founders Series would cost $200,000. It is advertised to accelerate 0-60mph in 20 seconds with an 80,000-pound weight and to be equipped with four independent motors for its powertrain. Companies who would use the Tesla Semi for its cargo shipments are expected to save more than $200,000 fuel costs.

The Tesla Semi will also be released with support for enhanced autopilot. The prototype presented in 2017 features a cockpit with the driver’s seat positioned in the center while two touchscreen monitors are placed on each side of the steering wheel.