Song Joong Ki in talks to star in a new drama for his comeback to TV screens; Actor’s leading lady revealed 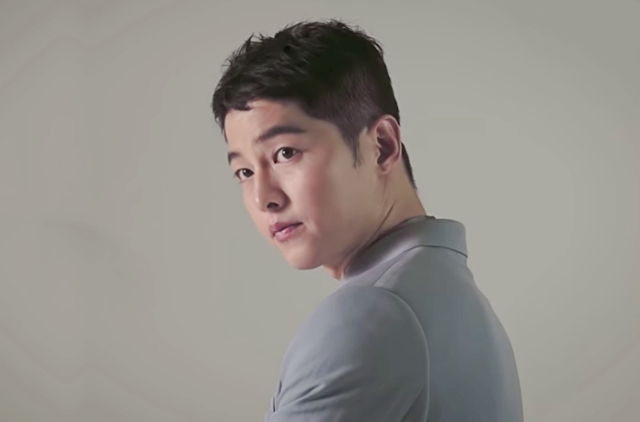 Song Joong Ki recently completed filming the sci-fi movie called “Space Sweeper,” and he was in the middle of filming “Bogota” when the production had to be halted due to the coronavirus pandemic. He is supposed to have finished his second movie by now, but unfortunately, filming schedules may have to resume next year.

Now, since he has some time already, it was reported that Song Joong Ki is looking into some scripts, and it is likely that his next project would be a drama that will air on tvN. This will be his comeback on the small screen since this will be his first drama after “Arthdal Chronicles” that concluded late last year.

Hankook Ilbo reported that Song Joong Ki already had a meeting with the director last week. They are discussing details for the drama titled “Vincenzo.” The actor’s new agency, HISTORY D&C, also confirmed earlier today that the star is considering a new TV show and added that he is looking over the script already.

It was revealed that tvN is planning to release this drama in December, and the script would be written by Park Jae Bum, who also wrote other hits such as the “Good Doctor” and “The Fiery Priest.” This will be helmed by well-known director Kim Hee Won whose most notable work is the drama called “The Crowned Clown.”

In Song Joong Ki’s prospective tvN drama, he will be the male lead named Vincenzo Cassano, a.k.a. Park Joo Hyung. He is a Korean-Italian lawyer who is known for his outstanding negotiating skills. He was adopted by an Italian family, so his citizenship is half Italian.

He is fashionable and has a sleek way of carrying himself. However, he was forced to leave South Korea after his involvement with the mafia and underground activities.

Meanwhile, Xports News reported that Song Joong Ki will be acting with Jeon Yeo Bin if he will accept this drama. Her role is not yet clear but she may be the female lawyer that Joong Ki’s character will meet after going back to Korea. If this is the case, Yeo Bin will be Hong Cha Young.