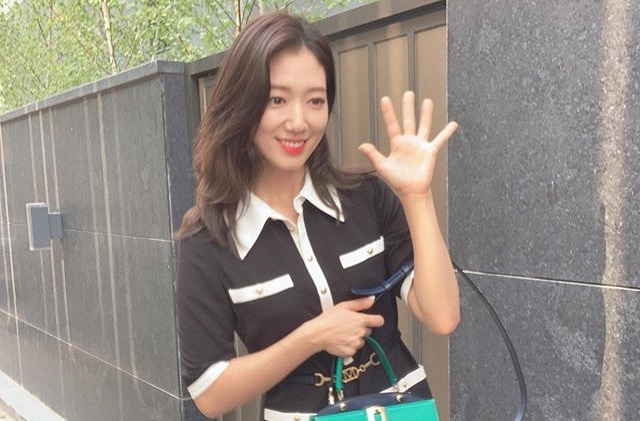 Park Shin Hye has a new movie coming up and it was titled “#ALIVE.” It is a thriller film that she is starring with Yoo Ah In. To promote the movie, the actress has been attending press conferences and granting interviews.

Most of the time, she only talks about the movie and what she is up to these days. In a number of interviews, she also shared how she felt about working with Yoo Ah In for the first time. Fans learned that Park Shin Hye really wants to work with the talented actor and she got her wish through “#ALIVE.”

Every time Park Shin Hye is interviewed she has been consistently strictly business which means, she never talk about her private life especially when it is about dating. In fact, when she got into a relationship, she tried to hide it from the public but paparazzi exposed her.

As early as 2017, Park Shin Hye was reported to be in a relationship with fellow actor Choi Tae Joon but she denied this multiple times until Dispatch published photos of their dates and outings. With no choice left but to affirm it, the actress admitted she and Tae Joon are dating in 2018.

A year after confirming their relationship, Tae Joon had to leave for the army. He has been serving for almost a year now and many wonder if he and Park Shin Hye are still dating.

It turned out that they still are and this was disclosed during the actress’ latest appearance for a press interview. If in the past, she never even mention her love life and turn down questions related to it, she is now more open these days. She explained that since it is already public knowledge that she is in a relationship, it made her open up a bit.

One of the reporters asked her about Choi Tae Joon and inquired what is their status today. "I never wanted my relationship to go public, but since it's already been publicized, well, we're still doing well," Allkpop quoted her as saying.

Meanwhile, as mentioned earlier, Park Shin Hye and Yoo Ah In’s movie is coming up. It will be released in South Korea on June 24.